73.2% nose-dive in number of property sold per UK estate agent in 10 years 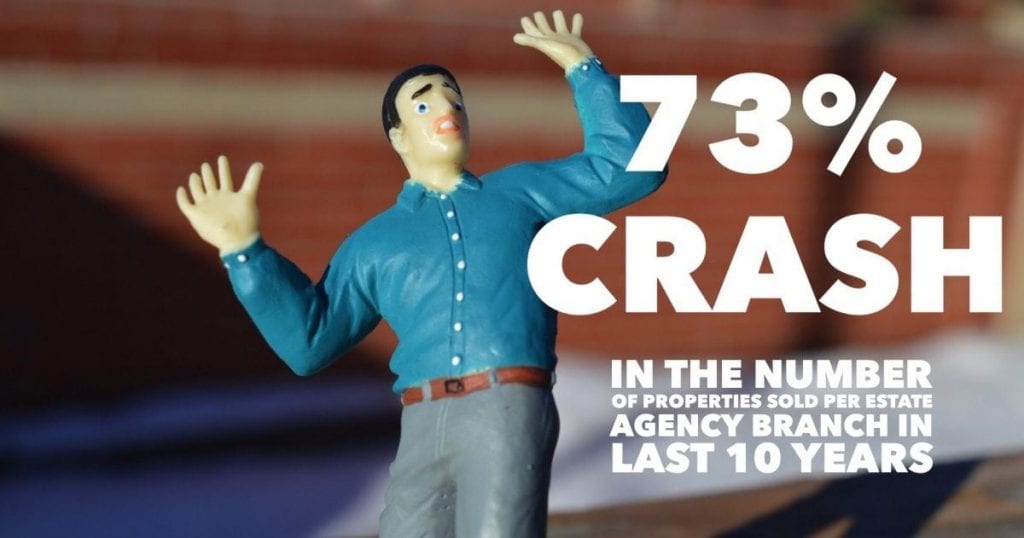 But I say this, now has never been a better time to start an estate agency.

If I had a £1 for every agent who comes to me who says, “I launched my agency six months ago, I had twenty half page adverts in the newspaper, delivered 25,000 leaflets every month, I am on Rightmove ‘all bells and whistles package’ Package that costs two of your English grands a month, on Zoopla ‘Lasers and Glitter ball’ package that is knocking on the door of a grand … its been costing me £6,000 a month in marketing and now I have run out of money and don’t know what to do”  … I, my blog reading friends, would be a rich man.  In fact, how many established agents would also say this?

Just because new agents see other mature agents doing these things, they think they need to do these things.

You see, recognising that there are patterns in the estate agency (and lettings) profession is a priceless skill that comes with practice, with the experience of observing. Observing what works, observing what you have seen before, but just as important, observing which of those things might not work now, today.

You see, recognition of these patterns is so valuable, some people have mistakenly concluded that the way to thrive and flourish in estate agency is to slavishly follow what has been done before.

Matching what other agents do is for amateurs and it rarely leads to the creation of much that can stand the test of time.

The real art is to look at the old patterns, adopt the good parts but then adapt and improve them to do something new, something that resonates with home owners and landlords alike.

So what should you do next?

Take advice from people who can spot patterns and help you …