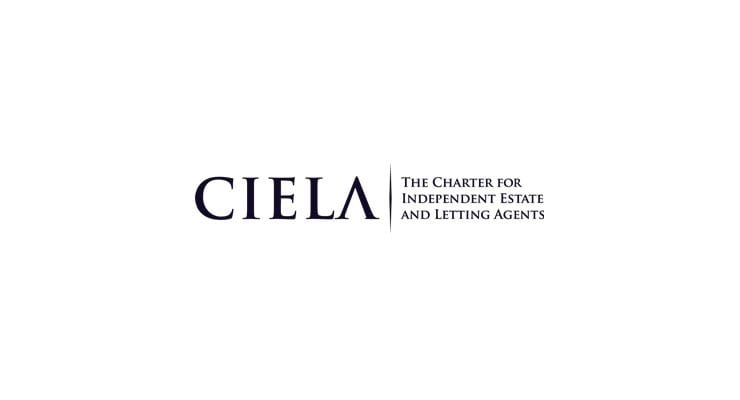 CIELA, the Charter for Independent Estate and Lettings Agents which aims to represent the
collective interests of independent agents, said today that it was not currently receiving enough
support to have a realistic chance of launching on 1st October.

Presently it is in its pre-launch “incubation” period until 30 September – it is inviting owners of
independent agencies to join at £35pm with the intention of attracting enough members to be
able to fund a full launch and operation.

CIELA Founder, Charles Wright, said “While we have received very strong vocal support,
thousands of agents visiting our website and much encouragement from agents and suppliers
we meet, this is not translating into membership sign-ups.”

“Less than 5% of the hundreds of agents who pre-registered with us declaring their support
when we first announced our intention to form have actually proceeded to join.”

“It seems to be a case of chicken and egg. Everyone agrees the independent industry needs a
collective voice to improve its national reputation, but hardly anyone seems willing to risk even
£35pm to support it.”

CIELA is not a fully formed, functioning organisation yet. It is in the incubation period in the hope
that adequate support will materialise to provide the resources necessary to fund such an
operation. CIELA was formed in response to a lack of alternative offerings of representation for
the independent industry, and with the encouragement of hundreds of agents who declared
support. In response to feedback and demands from independent agents who feel that no other
organisation is proactively making a positive difference, CIELA has built a website that allows
members to join online, and has already also built the system that will allow members to virtually
vote on operational matters, giving them direct input as to what the organisation will actually do
on their behalf.

“The wait-and-see problem will cause CIELA to die before launch, unless it’s overcome.
Everyone is waiting for everyone else to join first. Or, there simply isn’t the demand for such an
organisation that we were led to believe.”

Each agent needs to ask himself the question: Is it worth risking £35pm for the chance to form
an organisation which will represent me nationally for the first time? If yes, join now, or it will
never achieve the necessary support to launch.

CIELA has announced a series of roadshow dates, free to owners of independent agents who
want to find out more to attend a talk and debate the matters affecting the industry, with the first
one on Wednesday this week, 21st June, at the Manchester Airport Marriott Hotel at 9.30 for 2
hours.

The following talks, all at 9.30am and expected to last around 2 hours are:

There are then more dates throughout September, during the final month of the pre-launch
period.