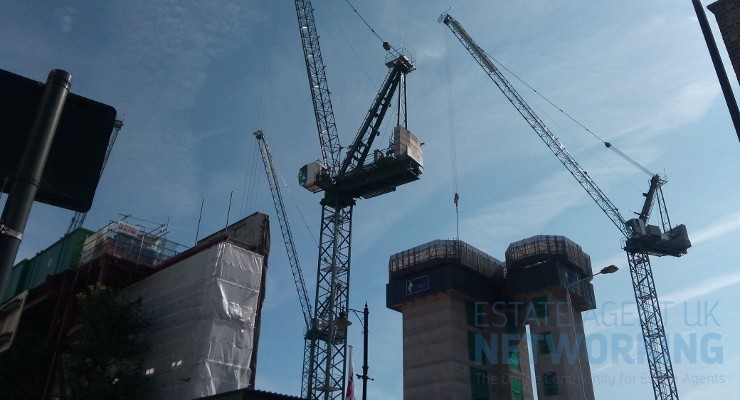 When you launch a building project, the mood is hopeful. You have big plans, you have a vision, and an idea of how things will proceed. What people don’t always factor in are the challenges and obstacles that can get in the way and stall the entire building project. This can happen in residential and commercial building projects, which is why there needs to be a contingency plan in place on how to deal with these issues. Part of the plan should be to educate yourself on what common issues could occur so you can hopefully prevent them. Here are some common reasons why building projects stall.

Perhaps the most common reason for building projects to stall is that finances dry up. The initial budget may have seemed affordable and reasonable but, depending on the issues the builder comes up against, the added costs, the rising prices of labour and materials, and so forth, it may reach the point where the developer or builder has run out of money. At this point, the developer can either work to secure additional financing or they may need to sell the property/land and cut their losses. It comes down to how short on cash they are, how far along the project is, and if they can access more funds.

The Client Backs Out

The other issue can be on the client side of things. Clients can back out of projects, leaving the developer in a lurch. Now perhaps they don’t back out fully, but they may put the development on hold while changes and concessions are made. This could be a change to the design and layout, the size of the structure, the materials being used, and so forth. Depending on how extensive the changes are, it may require going back to the architect for new drawings, which is time-consuming.

Biodiversity Net Gain is a relatively new issue, since it was only a few months ago that the Environment Act was passed into law (November 2021). The Act outlines all kinds of different policies, one of which is biodiversity net gain, which will affect developers. The policy ensures that projects will produce a net gain in biodiversity.

So, what can developers do to prepare and ensure that they adhere to the Environment Act? An easy solution is to contact a company like Biodiversity Net Gain Plan who will conduct an assessment and then write a full report that can be used by developers. Because this is a complex issue that can result in major hold-ups, you want to be sure that the assessment is done correctly and thoroughly.

This issue can be relatively small if found and addressed early on, or quite large if it isn’t caught fast enough and result in significant delays. This is why it’s so important to stay on top of the projects, assessing workmanship along the way to ensure it’s all up to par.

Then we have weather-related and natural causes that can result in delays. These are never expected and can occur at any time. Even just a few days of bad weather can be enough to delay a project and create a domino effect. Ideally, the developer plans for a little wiggle room. This would mean that if minor delays occur, they’re not going to throw things off course. The problem is that if the project has a tight timeline, all reliant on steps being completed at set intervals or by specific dates, there’s bound to be issues.

This issue can be more common with new developers, or those who don’t have experience with the type of project they are working on. Poor planning and communication will lead to non-stop issues. Simply winging it, figuring out things as you go, and not having a solid plan is not good enough for builds of any size. As for the communication aspect, the developer must take it upon themselves to speak with and listen to all those involved in the project from the building side to the client-side. Poor communication can lead to a project that doesn’t satisfy the client.

Once a plan has been agreed on, the next step is to get to work, but that’s not always easy. Today, developers are facing many labour shortages, whether that be general or skilled labour. You can’t go ahead with the project if there is no one to do the work.

Material delays can also be outside the developer’s hands and unfortunately this issue is very common right now. Just because you hope the materials will arrive on time, it doesn’t mean they will.

Ideally, you want to place material orders as early as possible, but even that isn’t a guarantee.

When faced with material delays, developers can speak to the client about replacing those products with other ones that are more readily available, or they will agree that the project may end up delayed. The delay can also be caused by receiving damaged material or incomplete orders. Again, these are unforeseen issues, but issues all the same. The developer is wise to speak to the client as soon as possible, be transparent, and come up with a solution together.

Then there are permits, which may be necessary at different points during the project. If any are rejected or delayed, the entire project is put on hold.
So, if you’re a developer getting ready to start a project, it’s wise to be aware and prepared for any potential problems that can delay your project. This is just a small look at what may throw a wrench in your plans.