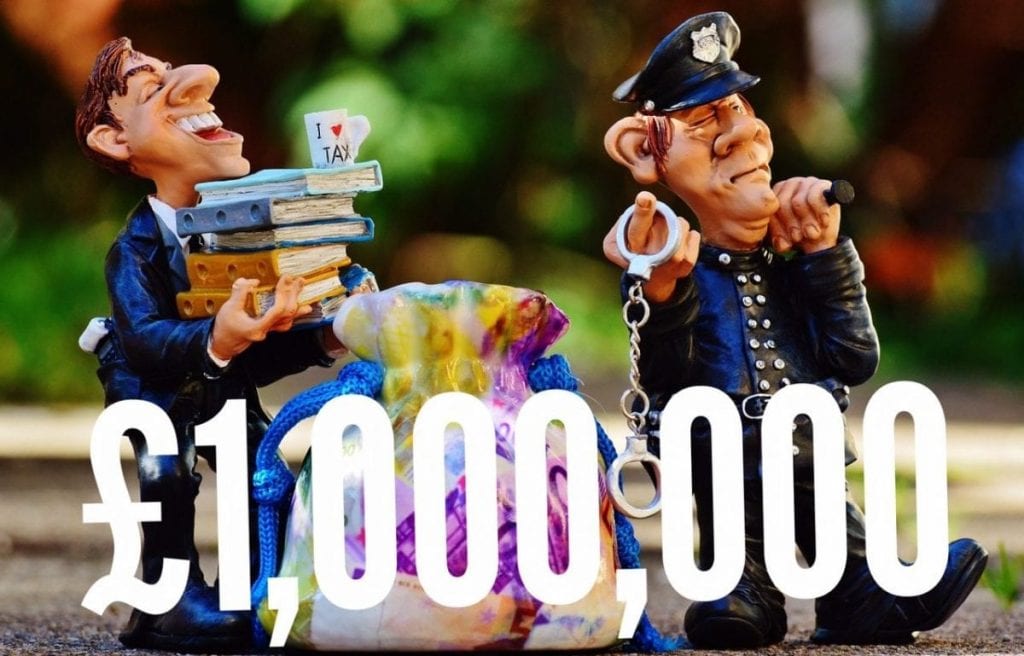 If you had an advertising budget of £1m a month for your estate agency .. would you be spending it on TV adverts? Purplebricks (my favourite hybrid/online agent) own figures state they are spending a little over that amount on media advertising, so that will include PPC as well, but you must admit, most of that will be going on TV.

Watch the estate and lettings agents forums and more importantly, listening to agents and some are really worried about Hybrid and Online Agents.. spend their millions each month on TV ads or overpriced par per click ads. Even ‘Your Move’ are getting in on the act with their TV advert with the ‘last of the Summer Wine meets Estate Agent TV ad.

One thought-provoking thing is that with no exceptions, of every consumer brand that has grown from nothing in the last decade, not one of them has been built on the back of TV. It was different in the 1960’s or 1970’s … every washing powder brand, every car, everything was built using TV adverts ..

However, look at todays modern brands ..  the Virgin’s, Facebook’s, Google’s, Starbucks’, RedBull’s, Lush’s and the Paypal’s of the world .. all have grown by not using TV – they have used something more powerful – something that harks back to Victorian times. People power.

In the old days, before  the TV advertising of the 1960’s and 1970’s even 1980’s, whether you were a greengrocer, butcher, baker or candlestick maker, people bought goods or services and companies provided those goods or services. That is the way it worked from Cave man times until the 1950’s – because from the 1950’s, TV came along – and it said, ‘Buy this’ .. and we did. And the more money companies spent on TV advertising, the more people bought their stuff, so they could spend that extra money on more TV adverts which meant even more people bought the stuff.

.. but things have changed… What’s happening now is every customer is extremely powerful; every customer has their own stage which gives him or her unrestricted access to a website page on Google.

That was an awful cheeseburger

If my experiences with say McDonalds are poor, I could tweet about that and my followers would get to know about that instantly – but I bet most of you would still go to MaccyDees. If my Bang Olfson stereo kept breaking down, I could mention it on my Facebook feed and someone reader might think twice in buying his or her new stereo from Bang Olson… but they might not

But let me get real life now …. what if I had a blog readership of 3,000+ letting and estate agents across the UK, (..well now, I do have that sort of readership of my blog posts and very humbled that people take the time to read the stuff I write). Now, what if I said the best thing since sliced bread was ‘Rightmove Featured Agent adverts.’ (RMFA)?

Well I am saying that ….

Rightmove Featured Agent ads are simply the best thing since sliced bread – they bring in thousands of pounds worth of business to an agency each and every month.. FACT

(I know of agents who are getting 200 (two hundred) to 700 (seven hundred) clicks a month on their RMFA adverts by making a couple of little tweaks, but Home Page banners are (in my humble opinion) a complete and utter waste of money).  I have lost count of the number of agents who, after speaking with me, are spending thousands of pounds more a year with Rightmove and also agents who are spending thousands less with them.

Now what if I were to start recoding mini videos on YouTube about this stuff, because if you think about it .. Youtube means you even have you own TV channel?

.. let us bring it back to estate and lettings agency ..

Look at these guys in Chelmsford .. they have a YouTube style channel .. but put it in their blog….. they even tell landlords what (or not) property to buy on videos http://chelmsfordproperty.blogspot.co.uk   .. and landlords spend £100,000’s on the say so of a blog and video.

Have a look at their blog… see how most days of the week (except magic Thursdays) they they trawl Rightmove and find what they consider the best buy to let deal in Chelmsford …IRRESPECTIVE OF WHICH AGENT IS SELLING .. but here is the best bit …they aren’t trying sell it .. they are putting down what they consider is genuinely the best but to let deal in Chelmsford …and then telling people to go to the agent to buy it!

Why should they do that, when they aren’t getting paid on selling it?

That’s exactly the point .. they aren’t getting paid on it .. so they can genuinely say this is a cracking deal. How does that make them look? Good? You see all they are focused on creating and distributing valuable, relevant, and consistent content to attract and retain a clearly-defined audience

… and putting that to video

and then then to give it some guts, see how every Thursday, a journalistic stat heavy ‘meaty’ article about the Chelmsford Property market.  It works because of the combination of the Thursday gutsy article and the daily video buy to let deals that make it work. I wonder why he is one of the performing Martin and Co offices in the network? Humm?

T’internet is the future

Social media and the t’interweb isn’t little sideshow, I believe that this is the beginning of the future, because there is no reason that I can think of why our children and certainly our grandchildren will sit down and tune into the BBC or ITV, as a family, on the sofa and watch something.

The future of estate and lettings agency is engaging with landlords and homeowners on these new communication methods. You need to do what the likes of RedBull do, and start to engage with them, educate them, entertain them … and then you will be as powerful as those brands.   … and the method to engage is crating stuff that people want to read, watch and consume, stuff that entertains them, educates them….. and that stuff has a name .. its called CONTENT.

The future of estate and lettings agency

but for those who havent got time .. the dictionary definition of Content Marketing is  ..

“Content marketing is a strategic marketing approach focused on creating and distributing valuable, relevant, and consistent content to attract and retain a clearly-defined audience — and, ultimately, to drive profitable customer action.”

…but you will say, I already do that content marketing stuff .. but are you? Really? Honestly

Go back and read the dictionary definition of content marketing one more time, but this time remove the words relevant and valuable.

That is the difference between ‘content marketing’ and the other ‘informational rubbish’ you get from companies trying to sell you ‘stuff’. Have a think .. how many tweets do you look forward to receiving from other companies, be they estate agents, letting agents, solictors, accountants?

Many companies send us info all the time via Facebook, or Twitter or Linkedin – it’s just that the majority of the time, that stuff is not very pertinent or valuable. Let us look at your stuff you tweet/post. Is the fact you have won award award interesting? Is s8 vs s21 interesting? Is an ebook on why High Street Agents are better than Hybrids ones or why Hybrids are better than High Street that interesting? Or a tweet when you hit your targets last month? Or what you have listed or sold this month? .. be honest .. its interesting is it?

That, my blog reading friends is what makes content marketing so intriguing in today’s internet / social media world, a world where we all ignore the hundreds of marketing messages per person per day.

What I do know know is this … Steve Frost at Martin and Co Chelmsford (mentioned above) has the local newspaper editor asking him to publish the Thursday ‘meaty’ article every week as editorial.. because that my friends is the ultimate test … would a newspaper or magazine in your town, publish what you wrote as editorial?

… because a few weeks before Christmas, Steve missed one week .. and people rang him to ask why the article wasn’t in the newspaper… If you stopped your marketing .. would anyone miss it?