The forward-thinking Landmark Group, under which the Landmark Estate Agent Services operate, has come forward with a wealth of insight following its research of a control group of a hundred agents. As a proptech analyst, investor, mentor and influencer, reading the report has filled me with a high level of optimism for the future of proptech in the real estate space.

It would seem that the analogue estate agent (I was one for thirty plus years) are now past the tipping point of digital transformation, having seen the need to partner with new technologies as they move forward.

However, the bigger challenge might be to choose which horse to get on, to get them to the winning post first.

In the preamble to the survey, orchestrated by Ben Robinson, MD of Landmark Information Group and a veteran in the vertical, stated that the objective was: “To capture the current sentiment in the estate agency industry, (so) we commissioned an independent market research project, which interviewed 100 estate agents located in England, Wales and Scotland.

The aim was to consider not only what impact the pandemic has had on their business, but to also understand more about technology adoption, risk management procedures, and future concerns. We also asked questions to better understand what the estate agency of the future will look like.”

Some of the key points found were:

PropTech: The value of technology and its role in enabling estate agents with the ability to continue delivering a seamless service to customers really shone through to a majority.

78% agreed that working from home made them appreciate the importance of software and technology in the industry.

However, investment in new technology has been impacted. Just under half (49%) said there has been a lack of PropTech investment at their firm during the pandemic.

Processes: The threat from money laundering or associated cybercrimes is a risk that all property professionals are acutely aware of, therefore making sure your agency is equipped with the latest information and checks to appropriately manage risks and stay one step ahead is vital.

Almost half of estate agents (48%) confirmed that they have found it challenging to keep up to date with the latest anti-money laundering, financial fraud and cybersecurity updates amid the pandemic.

We (LIG) asked agents how will the process of buying and selling properties have changed by 2025. (The response). Agents see a more seamless, tech-led process where buyers will have greater access to information earlier in the process and more automation:

Paper Processes Binned: 77% of estate agents believe that agents will be operating ‘paperless’, with all activities managed electronically or online.

Evolution of the Negotiator: 72% say it is likely that negotiators will spend less time ‘chasing’ sales updates due to an increased use of online end-user platforms.

Recent events within the property sector have brought to light the significance of having a robust plan in place should you fall victim to a cyber-attack. With the increase of remote working, IT systems have become more vulnerable and cyber-related crimes have been on the rise.

Figures from the National Fraud Intelligence Bureau reveal that between January and October 2021, around 24,000 cases of cybercrime have been reported, which amount to losses in excess of £11 million. Cases range from incidents of hacking, computer viruses, malware, and spyware.

Paul Offley, compliance officer at The Guild of Property Professionals, says that the rise in cybercrime and the issues that have happened recently within the sector should be a warning to agents to be hyper-vigilant and ensure they have procedures in place to protect their systems against cybercrime.

“Cybercrime is more prevalent than ever before, and given the fact that agents have a considerable amount of sensitive data they hold, it is vital that all possible precautions are taken to avoid a potential incident,” Offley said. “If large corporations are vulnerable to being infiltrated, how much more susceptible are small businesses such as an independent agent, who may possibly have less robust cyber defences.”

As a result of higher levels of cyber-criminal activity, The Guild of Property Professionals says that there has been an increase in cyber insurance premiums, with insurers requiring more information and establishing robust risk management procedures.

Cyber liability is not typically included under professional indemnity insurance (PI) and should not be relied upon as an alternative to a standalone cyber liability policy covering first and third-party loss.

With the growing threat of cyber-attack, a greater reliance on technology, and the type of sensitive information agents hold, agents should consider adding cyber liability to their insurance programme if they don’t already have it.

“The majority of businesses will only consider cyber liability after they have experienced an incident, which is obviously too late. Given the high number of cyber-related crimes we have seen in the UK over the past year, it is advisable to rather be proactive and have a comprehensive cyber liability policy in place before an incident occurs.”

Offley said that it’s a small price to pay for reassurance and support when you need it, in the event of a worst-case scenario.

Live at The Negotiator Conference & Expo 2021, Friday 26 November at the Grosvenor Hotel, Park Lane, London, Robert Peston (Political Editor of ITV) and myself will be debating together with a panel.

The topic is PROPTECH: DISRUPTOR OR DISRUPTIVE?

We will be joined by Mark Armstrong (CEO of Reapit), Kristjan Byfield (Mission Commander of The Depositary), Indy Dubb (CEO of Under The Hammer Group), Heather Staff (Co-founder of Street Group). I will be there as the CEO and Founder of Proptech-PR, a global proptech consultancy.

It promises to be a great debate as Robert Peston always has his finger on the pulse, previously being the BBC’s Economics Editor, where he revealed the stories behind the statistics and explained the implications of European, domestic and global economic shifts.

Before that, as Business Editor, he broadcast and published a series of exclusive and influential stories about the global financial situation. He revealed the crises at Northern Rock and RBS, the emergency rescue of HBOS, and the tumult around the credit crunch, bailouts, and austerity. 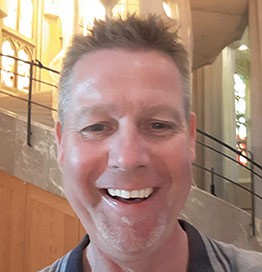 Previously, Peston was City and Assistant Editor of the Sunday Telegraph, in charge of the business and money sections, and the FT’s Financial Editor. At the FT, he was a member of the editorial board and earlier he served as its Political Editor, Banking Editor, and founder of the investigations unit.

Balancing Peston’s weight of economic insight is a panel that has a breadth of views and industry knowledge, as it comprises proptech entrepreneurs and tech company executives who can offer a helicopter view of how technology in the shape of apps, platforms, and networks, are reshaping the way agency works.

Having met nearly 500 proptech founders globally, plus advising and mentoring for many different incubators and accelerators, boards and C-suites – both on implementation of digital transformation as well as acquisition and exit plays – I am really looking forward to the debate.

According to the official running order, the talk will be held at 2.15 pm in the main ballroom.

The key issues being addressed are as follows:

Technology has been powering agency for decades, but in recent years there has been an explosion in innovation in our sector, with hundreds of web-based products and services flooding into the market and businesses of estate and letting agents.

As much as it is exciting and inspiring, for the independent agent it can also be bewildering.

What new ideas should you adopt?

Where are the real-time and energy savings to be made?

Are they really ‘game-changing’?

Do they really drive new revenues and bring in valuable business – or are they simply another way to do the same old job, but with a monthly subscription – another cost – attached?

KEY TAKEAWAY: THE PANEL DISCUSSION WILL REVEAL THE KEY AREAS IN AGENCY WHERE PROPTECH IS ESSENTIAL TO BUSINESS GROWTH AND SUCCESS IN AN EVOLVING TECHNOLOGICAL LANDSCAPE.

Will estate agents work from home again due to the surge in Covid-19? The official government stance at present is to be vigilant and to test and keep safe, but in Northern Ireland, the advice is now for agents to work from home if possible. Does this mean that the property industry is headed for another round of closed doors, doing things in a more digital and virtual reality manner?

Paul Offley, speaking for The Guild of Property Professionals, says that as there is an uptick in cases in certain geographic areas “it is vital that agents continue to act within a safe manner to ensure that they are protecting the public and doing what they can to minimise the spread of the virus.”

Speaking to the positives, Paul feels that technology can help if agents do have to go into lockdown mode once again, building on the knowledge gained last time around.

“Agents should look to continue to promote virtual viewings in the first instance; review their Covid operating plan and continue to review working practices to take all reasonable steps to help restrict the spread of the virus during the next few difficult months.”

In the past week, I have been contacted by a large number of agents concerned that the pandemic will once impact how they run their businesses, with lettings operations having very different challenges to the residential sector, which traditionally winds down at this point of the year.

The ability to show, carry out inspections, onboard new tenancies, etc., is a twelve-month cycle. Tenants and landlords are carrying out their business all the time.

The imposition of having some companies suddenly working from home caused major bottlenecks the first time around. Will they learn from their mistakes and adapt seamlessly this time…if it comes to it?

The Service forms a central plank of plans to deliver a step-change in the quality of new-build homes and the customer service provided by housebuilders. The powerful new independent ombudsman will enforce a new housebuilding industry code of practice – The New Homes Quality Code.

The new code puts significantly more responsibilities on builders for the service they must provide – particularly after a customer moves into a new home. The new code also sets very high standards for the handling of complaints.

The new code will be published next month, following a full public consultation carried out earlier in the year, and the New Homes Ombudsman Service will come online in the New Year. Buyers of new build homes who are unhappy with their new home, or frustrated with the performance of the developer in handling their complaint will be able to ask the New Homes Ombudsman to review their case. The Service will independently consider cases and rule whether there has been a breach of the New Homes Quality Code.

The Ombudsman designate will be Alison MacDougall, who is currently Group Director of Resolution at The Dispute Service where she heads up the team of adjudicators and resolution executives dealing with disputes between landlords and tenants.

Alison has had extensive experience in dispute resolution and ombudsman activities. She helped to establish the Office of the Independent Adjudicator for Higher Education where she dealt with student complaints about higher education providers.