Are solar panels worth it in the UK? 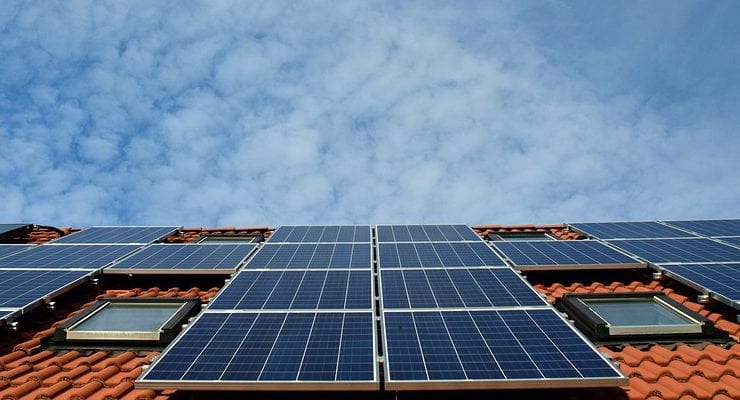 It’s probably easier than you imagine

One thing that can put of homeowners from considering solar panels (or assuming that they are not worth investing in) is that they believe it will be a hassle to have the panels installed and to get the system running. In fact, you might be surprised just how simple the process is. For example, in the most majority of cases there is no need to get planning permission.

Another myth perpetuates that once you have solar panels you have to stay with the same energy supplier. Thankfully this isn’t the case, and you can change suppliers just like you could before, which can take a weight off your mind.

It’s also worth pointing out that as long as your home holds an Energy Performance Certificate rating of D or higher you are eligible for the full feed in tariff (FIT) payment, which can be up to 4.25 p/kWh.

Difference maker: how far south do you live?

It should be noted that trying to work out whether having solar panels installed is worth it for you can depend on a large number of factors. And one of the key issues is all to do with your geographical location. In simple terms, the further south you live, the more you can make from your solar panels. This is due to the fact that as you go further south in the UK, the country receives on average more sunshine.

Some estimates suggest that the difference between how much a solar panel can save and earn from a property in Stirling, Scotland and London is as much as £40 per year – with Stirling having the potential to earn and save £280 and the same system equalling £320 in London.

Adding to the value of your home

If you are thinking of selling at some point in the near future, it doesn’t mean that you should rule out solar panels. Yes, the upfront costs can be high (although these are falling) but the fact that part can be earned back in a sale can make it more appealing.

Difference maker: do you have a south facing roof?

We mentioned earlier than living further south made a big difference to the profitability of your solar panels, but this is not the only factor that plays a role. For example, the direction that your roof is a very important issue. Ideally you would have a roof that faces south in order to get as much of the sun as possible – a south-west facing roof is also very effective.

The worst possible option is a north facing roof and if this is the only aspect of your roof that is suitable for panels, it may not be possible for you to have a system installed that would generate enough energy.

The finances are complicated

The cost of having solar panels installed has reduced significantly in the last couple of years, but trying to establish whether or not solar panels are a strong financial investment can be complicated. It is clear that to make a return on them, panels have to be considered a long term investment – most estimates suggest that in the UK it can be more than 20 years until the panels have paid for themselves.

With energy costs constantly on the rise, Domestic Solar Panels are become an increasingly attractive option for homeowners over the past few years. Using our solar panels, to generate your own energy, you can really reap the benefits of Solar Power. Householders who fit Residential Solar PV Power Systems to their property can now benefit in a number of ways:

• Regardless of whether you use the energy or feed it back into the grid, the free electricity that is generated by your domestic solar panels, you get paid for it. This “Feed In Tariff” is guaranteed for 20 years by UK law.

• The cost of Residential PV Solar Panels has reduced significantly over the past couple of years making them an even better investment.

• The solar power system will run silently and so will cause minimal disruption. • Your Solar Panel System requires very little maintenance to keep producing energy.

• After the initial installation costs, there are no further fuel costs. Geo Green Power

It should be stated that panels are very low maintenance so there are no significant costs after the initial fee has been paid. Of course, it’s also worth noting that of course solar panels are not only a financial investment – they are also doing a good thing for the environment. So even if the financial investment is slow to be repaid, you will immediately reduce your carbon footprint.