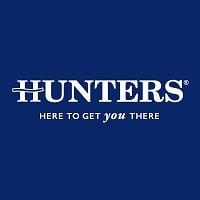 Leading the Highlights section they stated: Opened 30 new branches, including the conversion of 20 independent estate agency branches so in aggregate 93 new branches, excluding acquisitions, over the last three years;

Kevin Hollinrake, Chairman, commented: “In our first full year as a public company I am pleased to report figures ahead of the market’s expectation despite the UK property market facing various challenges, namely the increase in Stamp Duty and the political uncertainty following the EU referendum result.  The Company has shown impressive growth, opening 30 new branches including converting 20 existing businesses.  We continued to retain our 96% customer satisfaction rating and increasing revenue per branch by 7% against a market estimated to have been down 2% (Source: Rightmove Market Activity Report, February 2017) versus a year ago.

“I am also delighted to welcome the branches of Besley Hill into the Hunters network.  We have secured a leading and long established network of offices; the ongoing roles of management; and management’s long term commitment by committing their three branches to new franchise agreements as part of the deal. The first quarter has therefore started well taking us past 200 branches.  We continue to out-perform general market activity, our instructions are up on last year and our pipeline of new branch prospects remains healthy.  I look forward to updating you as the year progresses.”