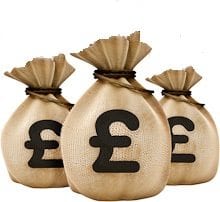 It is really no surprise to learn that the average London Property requires the largest deposit from buyers as a down payment to go with their mortgage in the UK.

According to new figures released by Mortgage Broker Today, deposits in London rose 5% in October compared with September.

Buyers now need on average £179,248 for their deposit, with the South East needing the second biggest deposits at an average of £110,782, according to the Mortgage Advice Bureau (MAB)

The MAB stated that there had been the highest number of mortgage applications in October since the data started in 2009.

Brian Murphy, head of lending at the MAB reportedly said: “George Osborne’s Autumn Statement hammered home the government’s support for homeownership, with several policies aiming to improve both the supply and affordability of homes,”