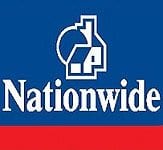 According to the Nationwide House Price Index  annual house price growth slowed in May.

The building society said that prices were up 4.6pc in May compared with the same month a year earlier, however moderated from last month which was at 5.2%.

“The annual pace of house price growth slowed to 4.6% in May. This resumes the gradual downward trend that had been in evidence since the summerof 2014, which was briefly interrupted in April when price growth edged up to 5.2% from 5.1% in March. Annual house price growth is now running at less than half the pace prevailing in mid-2014.

“Over the longer term we would expect house price growth to converge with earnings growth, which has typically been around 4% per annum. However, much will depend on supply side developments-in recent years the rate of building activity has remained well below that required to keep up with population growth”

For the full report  http://www.nationwide.co.uk/~/media/MainSite/documents/about/house-price-index/May_2015.pdf