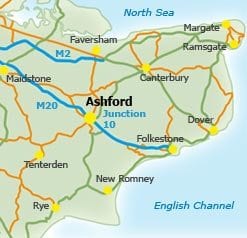 Fergus and Judith Wilson are without doubt a true success story when it comes to Buy-to-Let  investing, I can rememeber back quite sometime when I read a report in one of the main stream newspapers describing how the former maths teachers recognized that the buy-to let market at the time was a matter of simple mathematics, and then went about accumulating their portfolio.

It has not always been an easy ride for them  from when they started, they have seen dips in the property market but their professionalism has seen them through with good decision making, it appears the time has come for them to make another big decision and that is to sell their portfolio of properties.

In fact the Wilsons who own around 1000 properties in the south east of England have already sold 100 properties and half of them have gone to a Chinese investor, so far they have  been advertising the properties for sale by private treaty. However, on Tuesday 16 Junet they will be marketing two homes at auction,  if successful this could be the way the other properties get sold.

The Wilsons dominate the local property market in Ashford where they hold most of their property portfolio which are mainly two and three-bedroom homes built since the 1990s valued at around £250m.

Owning such a large portfolio of properties comes with great responsibility and Wilson recognises that,   now they are in their late sixties it is now time to sell up and consider other less demanding opportunities they can manage in their later years, if they so wish that is, I did read buying a farm or two may be an opition, well good luck to them if that is the case as that could be more demanding than what they are doing now, anyway I am sure with their past record they will make the right decision.