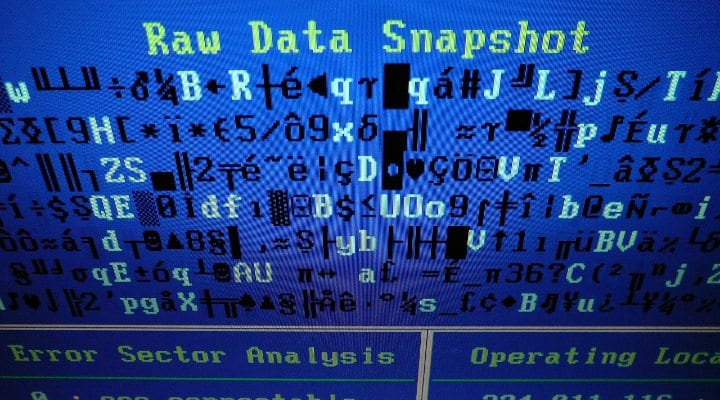 The real estate portal business in the UK is perhaps witnessing its biggest shift in the past 10 years. The change is, of course, prompted by the launch of OnTheMarket, a new property portal, created by a some of the largest high street estate agents to challenge the dominance of the two biggest portals, Rightmove and Zoopla. Some agents are eagerly awaiting its launch hoping it is successful, while others are cautiously watching it on the sidelines waiting to see how it fairs. In any case, there is going to be at least one group which will not see any benefit from it either way. In fact it might see quite the opposite. That group is of course the consumers (both sellers, landlords, buyers and renters). Its unfortunate that the agents behind OnTheMarket have missed an opportunity to really spur innovation in the real estate distribution market, while at the same time continue to pursue their interest.

What the market needs is not another property portal with the power to impose restrictions in its deals, what it needed as an open data revolution. I’ll try to make the case why an Open Data approach would have positively changed this market and in the long run would have benefited every interested party in the real estate market, even the agents. If you wonder what the term “Open Data” means, bear with me, I’ll explain the concept and solution.

Before elaborating why an Open Data approach is the right approach for this market let’s look at the reasons behind the launch of OnTheMarket, and what would their ideal scenario of their portal be.

For years, the UK property portal business has been dominated by Rightmove and Zoopla. Property portals are very popular for a single reason: they aggregate all available properties and allow consumers a one-point-stop to search of all the properties out there. Rightmove’s and Zoopla’s business model is charging subscription fees to agents to advertise on their site. At some point the agents, which saw themselves as the one, true customer of Rightmove and Zoopla (since they are the paying customers of the portals), became increasingly dissatisfied with every increasing subscription fees. Their solution? Create an agent fund, headed by the biggest agents and a few others, and push for a purely agent-run property portal — named OnTheMarket (OTM).

What would the ideal scenario for the agents behind OTM be? Surely, it would be one where OTM would be the ONLY portal out there: no competitors means no advertisement costs beyond what they need for running OTM.

Clearly such a scenario is not immediately possible. Getting to such a position would require agents to drop both Rightmove and Zoopla right away, and sign up for for a platform unproven with consumers. This would be a step too far for most agents who would risk seeing a sudden dip in their leads.

Thus, OTM has come up with a simple plan which they think will incentives the majority of agents to sign with OTM, while at the same time deal a big blow to the existing portals: force a “one other portal” advertising rule. In short, if you were an agent, in order to sign up with OTM you must only advertise on at most one other portal — in translation: drop either Rightmove or Zoopla. Using such a rule, OTM is trying to offer some insurance to agents signing with OTM that they won’t experience a free fall in the number of leads they get. And if in the long run if OTM is successful, they promise agents that their cut in advertising costs comes at no expense to getting more leads. But the crucial point is this: if OTM could have its way, they would have forced agents to sign up only to OTM and now one else. And if OTM has a strong showing and becomes a dominant platform, they might as well enact such a rule down the road.

Now, let’s imagine a few scenarios which might happen after the OTM launch.

First, let us image a scenario in which OTM is a tremendous success, manages to reach the number one spot in the portal battles, becoming THE portal to go to if you want to find/advertise your property. What happens at that point? OTM becomes a monopoly, regulated by the agents. The thing about monopolies, like Rightmove and Zoopla currently are, is that that they have no incentive to innovate, neither on price nor product. If you are in a monopoly position why build a better portal? Your market share is not going to increase since you are already a monopoly. So why bother? Worse, they could start increasing the price of the services you are already providing to their customers, the buyers and landlords. Why? Because it forces you to use an agent in order for your property to get seen at all. They can also start to discriminate against online estate agents: most high street agents have been vocal against online agents advertising on Rightmove or Zoopla. In other words, too much concentration in power would not be in anyones interest (except the agents).

On the other hand, let’s say OTM is an utter disaster, it will only reinforce the monopolistic dominance of Rightmove and Zoopla. Again same monopoly outcome, just different actors.

What about a more likely scenario in which OTM succeeds partially, which means it becomes a major player but not enough strike a moral blow to either Rightmove and Zoopla. With the “one other portal” rule, the aggregator space is now fractured. Some properties are on OTM and one other portal, Rightmove and Zoopla. In any case consumers would have so search all three sites, defeating the purpose of an aggregator. For sellers and landlords its also a bad position. They might not get their listings in front of all users. Again consumers lose out.

Now let’s be a little fair to the agents. Yes, Rightmove and Zoopla have been charging outrageous fees and have huge profit margins. The technology cost needed to run these companies pails in comparison to the revenue they are making. But the reason why Rightmove and Zoopla are a duopoly is simple. Its because the agents gave them that position. They gave them a monopoly on the data. If you had a brilliant idea today, about a new property portal the first thing you need is data. However, go try to convince agents to give you their data. Good luck! First thing they’ll say to you is: Who are you and why the effort to advertise on your site (even if it is free) when you have no users. They want leads, but in order to give them leads you need data. Its a chicken and egg problem. Second its a huge outreach project, in which you would have to reach potentially thousands of agents. Reaching out for bits of information in todays world is a bit out dated. Surely there must be a better solution.

An Open Data Revolution for the Real Estate Market

So what is Open Data and how could it spur innovation and competition in the real estate market. Open Data is simply the availability of data in structured form, freely available to everyone to download, use and republish as they wish, with some or without restrictions from its publishers. How would opening data help? Availability of real estate data from all agents would be a call to developers to build new better portals. I’m sure that Rightmove or Zoopla are not the pinnacle of what a property portal could be. I could easily point you to some developers that would jump at the chance. Just try to search google and you would be surprised at the number of property portals that you can find. Some scrape the data, some make deal with the agents, other go through third parties. But the thing that is common to them is that they don’t even begin to have the coverage in properties that Rightmove and Zoopla have. Thus they are not able to get very far. And its for a good reason. Its been purposely designed to be a closed club.

However, opening up data would spur innovation. Opening a new portal with the same coverage as Rightmove and Zoopla would become instantly easier. A fairer model for both agents and portals could exist in which agents would just have to pay per lead. If a lead came from portal A — pay portal A for that lead. If it came from B, pay portal B. In fact, through opening up the data, the real estate portal market would be a true market eco-system in which supply and competition brings down prices while making sure that innovation is fostered and encouraged.

Would simply opening up real estate data solve the Rightmove/Zoopla duopoly problem? These sites have become so big, that it would be hard to battle with their huge marketing budgets. But this is where the agents can help. Their online and offline presence and direct customer contact can make users aware of alternatives. So far, most agents have been fueling the beast they what so desperately to kill now.

This is the innovation that the agents behind Agents Mutual should have really pushed for. Coming from a real estate background and not a technology background, its perhaps unsurprising that they opted for just building another portal. However, it is sad that in thinking of the problem strictly from their self-interest, they failed to realize that a consumer-first approach would have probably solve their high cost problem in a much more cost effective way.