A view of a park can add value to the property 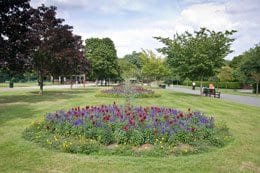 We have had the school, then the supermarket and now the park…….comments by various commentators have picked up on different surveys on house prices and have reported that living close to any where with significant appeal increases the value of your home.

According to the most recent research from Online estate agent HouseSimple.com, it states a room with a park view increases the average value of a property by almost a fifth.

This report follows closely on from a report by Lloyds Bank saying that living close to a well-known supermarket chain could add up to £38,000 to the value of your home.

Lloyds mentions that properties close to a Waitrose store could be worth 10 per cent more than others in the same town or city, Sainsbury’s benefit from the second highest increase in value, with properties worth an average of £27,939 more than homes further away, slightly less for other well known superstores.

For some time now it has been known that living close to a highly rated school will add value to the house, most importantly it will benefit from being in the catchment area for that school, there can be such differencies between the performance of schools  that paying a premium may be very well worth while for parents who have children of school age.