An Introduction to Non-Destructive Plumbing Inspection 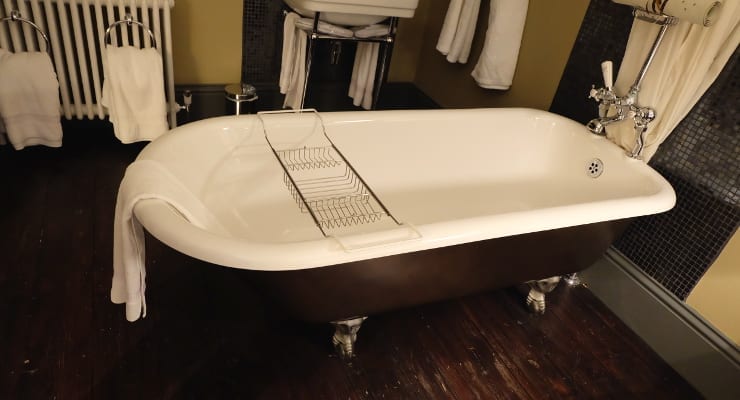 There are a lot of warning signs that there is something wrong with the pipes. It can take the form of gurgling, low water pressure, foul odors, sluggish drains or an unexpectedly high water bill. If there are wet spots on the floor or mold growing in one section of wall, the leak’s location is obvious. Unfortunately, it is rarely this obvious. Nor do you want someone to rip up your wall or floors looking for the leak. This is why non-destructive plumbing inspection was developed. Let’s look at some of the most common non-destructive plumbing inspection methods.

Thermal imaging will be done with infrared cameras or lasers. This method looks for the thermal discrepancy created by a water leak. For example, the hot water pipe leak will heat up the area around the leak. A cold water leak can chill the walls of your home or floor. This won’t work in every case, such as when the water temperature is close to the ambient temperature. Nor will it find pools of water that are already at ambient temperature. On the flipside, it can give you an idea where mold is growing in the walls whether or not the leak that fueled it has been repaired. One downside with this approach is that it may falsely flag an area for leaking pipes when it is really a leak in the roof or excessive condensate trapped in the walls.

This method sends a controlled signal down the pipe. This doesn’t just tell them where the pipe is located and its depth. The variations in the signal will tell them whether there is a leak and roughly where it is. This method can work through slab foundations, concrete driveways and conventional drywall. One downside of this method is that it won’t work when the pipes won’t carry an electrical charge. For example, it is great for metal pipe but doesn’t always work with PVC and CPVC pipe.

A CCTV drain inspection is sometimes called a CCTV drain survey. What is a CCTV drain survey? A closed caption TV camera that is water-proof and made to fit in your plumbing pipes is sent down the pipes. The survey can locate leaks and blockages in water pipes, sewer pipes and wastewater lines. It can also determine the type of blockage, telling you if the issue is too much toilet paper flushed down the drain or tree roots invading the wastewater pipe.

There are other benefits to using CCTV, as well. It works equally well in all types of pipe. It won’t misdiagnose mold for leaks, and it can give you an idea as to the state of the pipes. Then you’ll know if you have a single pipe break or rust throughout the pipe network.

Hydrostatic pressure testing can confirm there is a leak or blockage in a pipe. It can determine exactly which section of pipe has the leak. It may or may not tell you exactly where the leak or leaks are. This is often a lead in to sending a CCTV probe down the one line known to be bad to determine what the problem is.