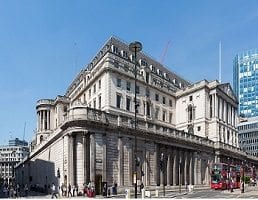 Inflation is now well above the Bank’s target rate of 2%.  The committee said inflation could exceed 3% by the autumn and was expected to remain above the 2% target for an “extended period” as the weaker pound pushed up prices while pay growth remained “subdued”.

The Committee voted unanimously to maintain the stock of sterling non-financial investment-grade corporate bond purchases, financed by the issuance of central bank reserves, at £10 billion.

The Committee also voted unanimously to maintain the stock of UK government bond purchases, financed by the issuance of central bank reserves, at £435 billion.