BBA Mortgage approvals for May 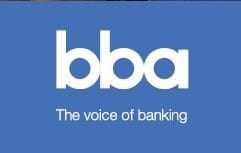 House purchase approval numbers have bounced back a little from the low numbers seen in April (following the surge in the first few months of 2016) but are still some 2% lower than in May 2015. Remortgaging approvals were 18% higher than in May 2015 and at their highest level since February 2011.

Dr Rebecca Harding, Chief Economic Advisor at the BBA, said: “The data for May shows a sustained increase in unsecured credit relative to earnings. Consumers are increasingly using short-term borrowing for spending, amid uncertainty around the economy and EU referendum.

“Mortgage approvals have bounced back following the sharp drop in April, caused by the initial reaction to the stamp duty surcharge. This increase suggests that claims of a slowdown in house price inflation may be premature.

“There has also been stronger growth in bank lending to manufacturing throughout the year. Businesses have shown stronger demand for finance in 2016 and will be keen that today’s referendum result does not slow activity down.”