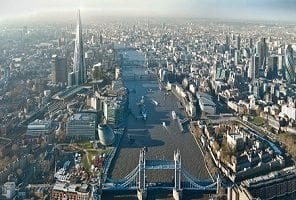 “Affordability remains challenging in London, but borrowing by first-time buyers grew strongly in the third quarter and reached its highest level for a decade.  Borrowing by home movers grew even more strongly, but remained below its recent peak in the first quarter of 2016, when activity was boosted by the impending increase in stamp duty.  Remortgaging was also robust as London borrowers sought to lock into historically low borrowing rates ahead of the widely anticipated increase in base rate.”