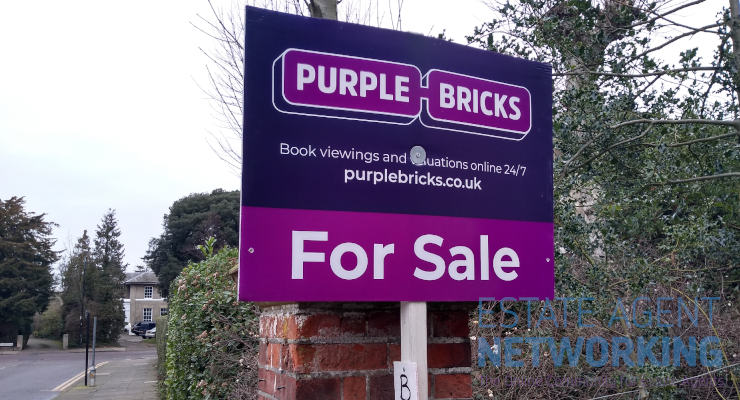 The beleaguered Purplebricks, whose share price on the AIM has fallen like a stone in recent times, now has a new potential problem. It has been alleged that it has failed to follow the correct procedures pertaining to tenant deposits.

No-one is saying that any cash has gone missing, but legally all tenants must have confirmation that their deposits are in an approved protection scheme. If this ‘prescribed information’ is not accorded with, within 30 days, then the tenant can sue the landlord for up to three times the value of the deposit.

This means that the landlord agent, Purplebricks in this case, could be open to tens of millions of pounds of payments.

The irony here is that Purplebricks only has a tiny lettings operation. At present it has just over 5,600 tenancies, which in comparison to say the large independent Dexters who is a traditional letting and estate agent caters for 27,000 tenancies.

But, as Purplebricks has been trading for some years, the actual number of tenants who could claim a three times multiplier of their deposit makes for some big numbers…potentially.

Commenting in the Telegraph, Purplebricks said: “We have recently become aware of a process issue in how we have been communicating deposit registrations with our tenants… This is an administrative issue and tenants’ deposits have been secure at all times. We are currently investigating the matter fully… We are not going to comment on the potential liability. We expect the actual financial impact to be significantly lower.”

What I find most interesting is that Countrywide Plc., which used to be a huge stock exchange listed estate agency empire until it was acquired by the Connells Group, also had problems in its final year or so, regarding compliance issues in its lettings vertical.

The old Countrywide Plc. lettings division had millions of pounds of tenants’ money, but just in the wrong bank account, so no misappropriation of funds, just plain incompetence of the highest level, and a complete failure to run the lettings as set down by the law of the land.

Fortunately for Countrywide Plc., it received only a small fine in excess of £120,000 and a gentle wrap on the knuckle by RICS, who themselves of course have been consumed of late by their own issues regarding transparency and accountability.

So I wonder if this latest alleged ‘gaffe’ of Purplebricks that will no doubt hit the stock price on AIM tomorrow. Will this, like the lettings debacle Countrywide had, be the point at which its doom is sealed? Where the lack of boardroom oversight, compliance and correct procedures causes a slow internal corporate haemorrhaging that will make the whole concern fall over.

2022 is just around the corner. The big question is will Purplebricks be around in 2023, or will it join the other eight online agencies that just ran out of cash, ideas, and credibility?

Gove the great leveller is not levelling up the lettings sector

The National Audit Office (NAO) has just published its thoughts on the current state of affairs in the private rental sector. Its so-called regulation of private renting report. And it does not pull its punches saying that the sector is still a shambles and that the government needs to make a decisive intervention…although it can’t, owing to a lack of meaningful data and insight.

Most worryingly it puts great emphasis on the fact that the actual housing stock is itself not secure or safe, which clearly should be a fundamental given. After all, tenants pay cash to live in proper accommodation.

The report also states that the whole of the 4.3 million tenancies that make up this sector are subject to a very shambolic and antiquated layer of regulation which often does not have joined-up thinking, leaving those most in need at the bottom of the pile.

Ben Beadle, CEO of NARLA, supports the findings of the NAO, saying the PRS “needs to ensure that homes are safe and meet all required standards.

“Too often the approach to this has been piecemeal. It has led to a proliferation of initiatives such as licensing, banning orders and a rogue landlord database with little evidence to show they are working.”

Beadle also feels that there needs to be a more fundamental change. ‘‘We support the NAO’s call for a more strategic approach,” he said. “There is a pressing need for a better evidence base to ensure the system focuses on rooting out criminal and rogue landlords who bring the sector into disrepute.”

On balance, the Department for Housing and Levelling Up Secretary Michael Gove will, in the new year, be reporting on ways to help this sector, but many feel that the government are really trying to squeeze the independent landlord and replace them with larger institutional type landlords who can look after tenants at scale.

My worry is that many of the local authorities who themselves are huge landlords providing social housing, are often providing substandard accommodation and are as culpable as supposed ‘rogue landlords.’

So, are large institutional landlords backed by pension fund cash the silver bullet to the very real problem of how do people rent suitable, safe, and proper accommodation? Let’s see.