Brexit and the property market: a year on from Article 50 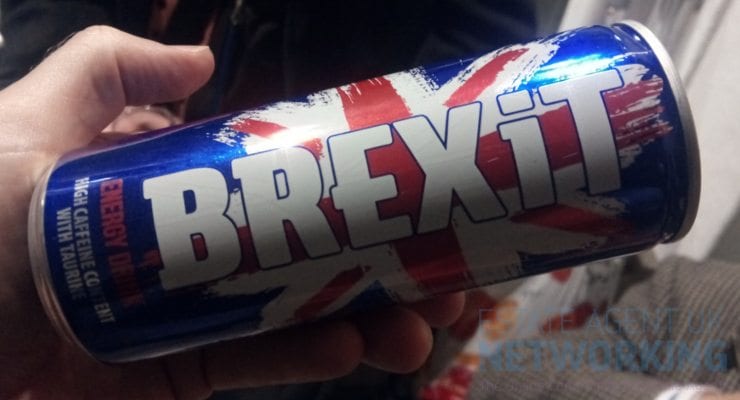 A year on from the triggering of Article 50, it’s finally been announced that the UK and EU have agreed a large part of the terms for the Brexit transition period.  Although the deal is far from finalised, this should at least provide some clarity—and when it comes to Brexit and the property market, clarity has certainly been in short supply. But what effect has the triggering of Article 50 actually had?

Brexit and the property market: what’s the damage?

There’s been countless reports about how Brexit has damaged the property market and the wider economy. The prime market has certainly struggled over the last few years. Land registry figures show the average price of a detached home in London have remained more or less stagnant for the last year, although still well above the national average at just under £900,000. Sales of ultra-prime property are notably down, however—and some estate agents, economists and brokers alike have cited ‘Brexit uncertainty’ as the reason behind this. Many have also suggested the UK will no longer be popular with foreign investors.

But is Brexit solely to blame?

When it comes to Brexit and the property market, cause and effect can become a little burred—the issue is so emotive and divisive that remainers are happy to pin Brexit as the cause of the country’s property market woes, whilst Brexiteers delight in pouncing on positive movements. This means ‘Brexit!’ is often the go-to answer for any shift in the market, good or bad.

‘Brexit uncertainty’ has undoubtedly had a part to play over the last two years, as individuals and businesses alike are concerned about making significant investment into what could be a rapidly changing landscape. However, there are some significant and lesser-cited factors that have damaged the UK’s prime property market in the last year.

Changes to stamp duty have had a prohibitive effect on sales at the higher end of the market. Many high net worth individuals (HNWI) own more than one property in the UK. April 2016 saw additional rates of stamp study being introduced for second properties. A buyer purchasing a second property valued at £1million will now pay £73,750 as stamp duty. At the higher end of the market—say, a £5million property—buyers are now liable for a staggering £663,750 stamp duty bill.

Other tax changes have also recently come into play. With an office in the UAE, we regularly deal with wealthy Middle Eastern investors. Many of these clients have made it clear to us that non-dom tax reform is the real motivation behind a decreased appetite for prime London property: Brexit is rarely cited as a cause for concern.

Non-doms who hold UK property in an offshore trust are no longer exempt from Inheritance Tax, which will now be payable at 40% on the net value of the asset. These clients are now refinancing their old assets instead of selling and purchasing new ones, meaning they still have an interest in UK property—they’re just playing their cards differently. It really is difficult to pinpoint exactly how much of an effect Brexit itself has had.

There’s a clearer correlation between Brexit and commercial property investment. As the Pound dipped, favourable foreign exchange rates meant foreign investors were keen to make the most of their buying power. 2017 was a record year for London’s commercial property market, with investment pouring in from the Far East.  Sales exceeded £11billion as London enjoyed its best month in a decade for commercial property, with Asian investors snapping up the ‘Walkie Talkie’ building for a record-breaking £1.28billion. Office rents in London’s skyscrapers were also the highest in Europe. A more recent report has also showed that demand for office space in the UK’s regional cities is at a 10-year high. Global businesses still have a hearty interest in the UK.

The future of the property market after Brexit

One thing that most of us would agree with is that the government has shown a lack of direction and power in Brexit negotiations, so it remains to be seen what the outcome will be. This has created some uncertainty, and in times of uncertainty, buyers and sellers alike are always going to be a little more reticent.

Fortunately, the UK and EU have now agreed the terms for the Brexit transition period, which should provide some stability. For example, EU citizens arriving in the UK until 31st December 2020 will enjoy the same rights and guarantees as those who arrive before Brexit. The same will apply to UK expats on the continent.

But until the terms of our exit are secure, we can’t say for sure what the positive effects will be. Likewise, we can’t blame all of the property market’s ills on Brexit, as many of them are completely unrelated to the political events of the last two years.

There are some signs that the prime property market is showing signs of recovery. Growth in the last quarter reached 2.4%, as previous tax hikes are now well priced into the market, meaning there’s less confusion. And of course, it’s important to view London and the UK in the property global perspective. The property market might be struggling in comparison to its own recent growth, but on a worldwide scale, London is still a very desirable investor hotspot. A recent wealth report has indicated that London ranked number one for number of nationalities investing last year, in addition to taking the top European spot in the ‘overall’, ‘wealth’, ‘investment’, ‘lifestyle’ and ‘future’ categories in the Knight Frank City Wealth Index 2018.

Whatever happens, it’s bound to be another interesting year politically and economically as the Government limps towards its target of leaving the EU on the 29th March—and if you’d like any advice along the way about your property investment plans, Enness is always on hand to help.