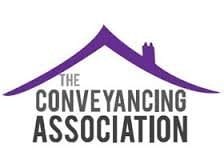 The Conveyancing Association (CA), the leading trade body for the conveyancing industry, yesterday  announced its opposition to the Government’s proposals to move the Land Registry to the private sector.

After a full and frank discussion at its 28th April Management Committee Meeting (MCM) on the proposals from the Department for Business Innovation and Skills (BIS), and following a vote, a majority of MCM members voted to oppose.

In its response to the consultation on the BIS proposals, the CA highlighted the reasons why members were not in favour of the privatisation. These included a belief that privatisation would not be in the best interests of clients, the conveyancing profession or the Land Registry itself, based on a number of reasons including its experience of previous privatisations.

To read the (CA) announcement in full click here