Are the So Called “Disrupters” Guilty of Post Truth Politics? 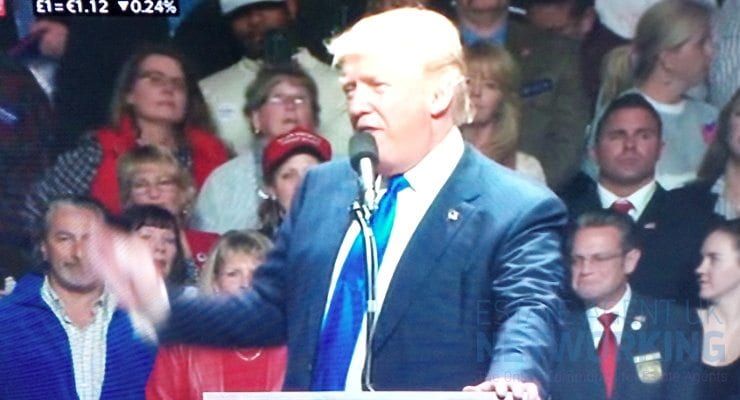 You really would have to have been living in a cave for the past six months to have avoided the phrase “Post truth politics” when turning on your TV or tuning in your radio. As the term has been used in great abundance by political journalists from all sides, in the context of describing the debates that took place in the run up to both the Brexit and US presidential election campaigns.

Interestingly, the term was thought to have been invented by environmental blogger, David Roberts back in 2010 when writing his column for US on-line publication, Grist. It was used to describe the political culture in the United States in which debate is framed largely by appeals to emotion disconnected from details of policy; as well as the repeated assertion of talking points to which factual rebuttals are totally ignored.

Since estate agency “disrupters” such as Purple Bricks and eMoov emerged with substantial financial backing a couple of years ago – I have on the one hand, admired the level of innovation and forethought that must have gone into seeking to change (on a national scale) the way we sell property here in the UK., whilst on the other, always been sceptical as to whether it would be possible for them to mimic the service offered by high street estate agents at the headline fees that they offer.

Well, I don’t think that it would be unkind to say that the “jury is still out” in terms of whether they have been a success or not, as a great deal of money has been spent backing them and yet despite making notable progress in terms of market share, the word “profit” is still largely absent from even their own pronouncements.

Have they been disruptive? Well, they certainly have been the noisiest of neighbours, ably assisted by a largely sympathetic financial press – who have been so fulsome in praise for their arrival that they were clearly under the impression that internet agency was offering the public a cure for the common cold. Joking aside, I suppose that the real question should be whether their business model will be durable enough to lead them into profit before their loans finally run out? We will no doubt have to wait and see on this point, but I for one remain a sceptic, and will not be investing any of my money in their direction anytime soon.

You see like many industries that go through periods of great change and turbulence, it is not always the headline makers that go on to sustain long term. For whilst there may well be an oversupply of high street agents right now, the fee levels of Purple Bricks, House Simple etc will unquestionably have to rise substantially if they are to eventually become profitable. So, the pressure is currently not just on traditional estate agents at present, but also on their low-cost internet rivals too, as recent history has shown that City money can indeed prove to be a demanding mistress.

So where will all this lead? There is an old adage that was quoted to me many years ago – “turnover is vanity, profit is sanity, whilst cash is reality”, and both high street estate agents and their internet rivals would do well to take heed. However, it would also be disingenuous of me not to point out, that the somewhat cosy and complacent world of estate agency that I have known for many years now has been long overdue for a fulsome shake-up – so in many respects the introduction and financial backing of internet estate agency I believe to be largely a good thing.

But still, this particular race is not yet run, and I suspect that we may have some way to go before we fully comprehend what this “brave new world” of modern estate agency will finally look like. However, I have little doubt that many a business plan will be adjusted more than once over the next few years. Also, whether you believe in “post truth politics” or not, the essence of business has remained the same since time began – in that profits and cash are real, and everything else is just what it is, and ultimately doesn’t mean a jot if you want your business to endure in the long term.

The author of this article is Peter Nicholls CEO of Ideology Consulting. For further information call 0333 939 8010 or go to www.ideologyconsulting.co.uk