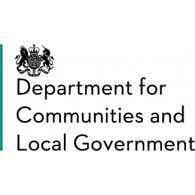 The Department of Local Communities and Local Government (CLG) have today released House Building  Statistics for June quarter 2015 in England.

“Britain is in the grips of a housing crisis, and at the centre of this huge national issue is the fact that we’ve failed to build enough homes for a generation or more.

“Today’s figures are encouraging as they show housebuilding is at its highest level since 2008.  However, we need to continue to increase our efforts as a nation to build the homes that are desperately needed. Last year alone we built less than half of the homes needed, pushing house prices and home ownership further out of reach for millions of families and young people.

“Housing associations are building across the country and are valuable potential partners for government to get even more homes built. We want to work together to end the housing crisis and provide quality affordable homes to everyone who needs them.”