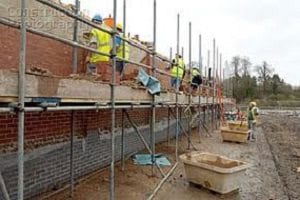 In the highlights they mention: National workloads still positive with the private housing displaying strongest momentum.

RICS Chief Economist Simon Rubinsohn said, “The latest results suggest that the construction sector has shrugged off concerns about the effect of Brexit with key workload indicators remaining firm around the country. Indeed, feedback regarding the outlook over the next twelve months is now rosier than it was back in the autumn with more building anticipated as 2017 unfolds.

“That said, there remains some unease about access to skilled labour in the emerging new world and financial constraints still remain a major challenge for many businesses. And significantly, we are being told that a shortage of quantity surveyors is impacting on the development process at the present time”.