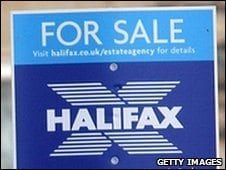 The substantial imbalance between supply and demand when it comes to purchasing a home is very likely to persist into 2016 according to the Halifax.

This imbalance in itself is the most important factor that maintains the upward pressure on UK prices which are  looking expensive compared to incomes.

Halifax’s housing economist, Martin Ellis, reportedly said: “Nonetheless, with house prices continuing to increase more quickly than average earnings, it is increasingly difficult to get on the housing ladder. This ongoing development, combined with the growing prospect of an interest rate rise, should start to put the brakes on house price growth during the course of 2016. Annual house price growth nationally is expected to slow to 4-6% by the end of 2016.

“A continuing shortage of supply is likely to continue to act as a significant constraint on activity over the coming year. Sales in 2016 are expected to be modestly higher than this year, but to remain well below the peak of 1.6 million in 2006.”

“The receding prospect of an imminent rate rise accompanied by further falls in mortgage rates during the year – together with weaker housing supply than expected – has been one of the key reasons why house price growth has been stronger during 2015 than we initially predicted.

“The tone of the MPC’s recent communications has reinforced the perception that the Committee sees little urgent need to raise rates. Uncertainty around the timing of the first rate increase remains considerable. This relates not only to uncertainties around the economic outlook, such as the impact of renewed fiscal consolidation, and downside risks in the global economy, but also to the challenges involved in judging how the MPC is likely to react to developments.

“When the time finally comes for the first rise in official interest rates, the Bank of England is likely to adopt a cautious approach to raising rates due to concerns about households’ ability to make higher repayments on their debts. Interest rates are, therefore, likely to rise at a gradual pace.”