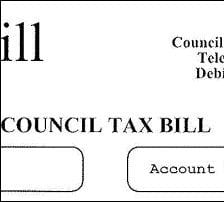 If you felt you were paying too much council tax and made a genuine complaint, then you would definately not expect to make life more expensive for all your neighbours by doing so, well that is just what happened.

According to a story reported this week a certain resident living in Lynton Avenue in Hull made a complaint that they felt they were paying too much council tax, £160 more a year was the figure mentioned. The Valuations Office Agency (VOA) who actually decides on such matters made the decision to raise council tax for the rest of the Avenue to come in line with the complainant, this meant altering the band in which the properties were in.

The people in the Avenue who had their council tax increased were reportedly informed that one unidentified neighbour had complained that their own council tax was too high, that is why an increase was applied.

A spokesman for the Valuations Office Agency reportedly said bands can change as a result of one person expressing concerns about the amount they are paying.

A resident of the Avenue for 16 years said she and her neighbours will be appealing the decision.