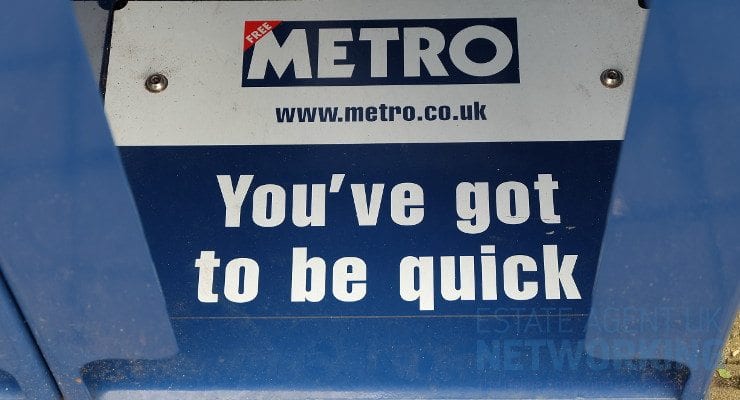 I wonder if I am alone in my perception that over recent months it has become quite ‘fashionable’ for fellow estate agents and industry observers alike, to snipe and poke fun at the ‘comings and goings’ at Countrywide Group in the trade press and social media. Somewhat inevitable I suppose, but is such criticism fair? Or are Countrywide simply fair game?

Well, there can be no doubt that since CEO Alison Platt took the helm, many years of estate agency experience have been lost to the group through resignation and redundancy. But I suppose the real question is really whether we should be surprised, given her former commercial experience and non-property background?

I suppose what I am eluding to is simply this: for Countrywide’s owners to appoint a CEO with no estate agency experience was (with the benefit of hindsight) a clear statement of intent – as they were clearly seeking to make a calculated change in the direction of travel for the UK’s largest property group, rather than just maintain the status quo.

For the purposes of research for this article, I have read most of the very many column inches that have been written about Countrywide over the past twelve months and let me tell you, no other estate agency group comes even close to the level of scrutiny that Countrywide Group seems to receive in the trade press and media.

But that aside, what has become clear in recent months, is the sheer depth of change that continues to take place in order to re-shape this industry colossus so it can become ‘fit for purpose’ for the trading environment that lies ahead. Indeed, all of this substantive change has, and indeed is still does, take place against a raft of external criticism, a dramatically falling share price, the as yet unknown ramifications of Brexit, and a potential government ban on tenant fees – so no pressure?

So, what exactly are Countrywide up to? Well, from the outside, I would make the following observations:

So much change indeed, and clearly only time will tell whether Alison Platt and her colleagues were right to undertake such a major deviation in strategy. With Countrywide shares halving in value and good news in an uncertain economy in somewhat short supply right now, it is tempting to think that Countrywide looks doomed to fail.

But in their defence, aren’t Countrywide simply responding to the same uncomfortable challenges that most, if not all, UK estate agents face right now? Except on a much larger scale? Whether ultimately right or wrong, isn’t Alison Platt only guilty of doing what is necessary, rather than ‘wrecking’ a previously successful business – as many of her armchair critics have pronounced? I am not a betting man by nature, but is it not wishful thinking to suggest that Countrywide’s share price would not have collapsed (like many other estate agency groups post Brexit) in any event, and the same major surgery be required at some later juncture?

Well, events are yet to play themselves out, and I apologise if I sound like I am in the paid employment of the UK’s largest estate agency group – which please believe me I am certainly not! However, I have over thirty year’s personal experience of running small companies (including two estate agencies), so please believe me when I say to you that overseeing and managing major change (no matter the size of your business) is seldom as easy as it looks from the outside.

So rather than prematurely castigate Countrywide’s Management Board, I choose to reserve judgement until a) they ultimately get found out for their poor decision making by continued poor results, or b) rightfully get rewarded with a pay rise or a new job for demonstrating their sound judgement and leadership under pressure.

So, whether hero or zero, let’s all give Countrywide a break for the moment. After all, Ms Platt and her colleagues may well yet be vindicated, by appearing to lose the battle, but metaphorically going on to win the war.

The author of this article is Peter Nicholls CEO of Ideology Consulting. For more information, go to www.ideologyconsulting.co.uk