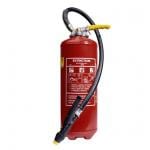 I picked up on a story from the Manchester Evening News which I wanted to highlight here on Breaking News at EAN, fire safety regulations must to be taken notice of when renting out property, I have seen first hand what terrible scars can be inflicted on people who have been burnt, children more especially, landlords must be made aware that they cannot ignore fire regulation legislation  or they will  pay the penalty if they do.

Two such landlords have paid the price for ignoring fire safety, Greater Manchester Fire and Rescue Service said both men put the lives of their tenants at risk by failing to ensure correct fire safety legislation was in place at two separate flats.

Ceyam Rahman, 24, of Withington Road, Whalley Range, pleaded guilty to seven offences relating to a flat above Ray’s Off Licence on Denton Road in December 2013. he  was fined £6,000 with costs of £3,639,  Dilal Miah, 41, of Riding Lane, Hyde, was fined £2,000 and ordered to pay costs of £3,070 after he pleaded guilty to five offences relating to flats he rented out on Clarendon Place in Hyde.

An inspection found there were no fire doors, fire alarms or emergency lighting. Billy Myers, the fire service’s head of protection, issued a warning to others.He said: “The risks in both of these buildings were obvious and yet the men failed to consider fire safety whilst collecting rent.”