Hand dryers vs. paper towels which one is more effective? 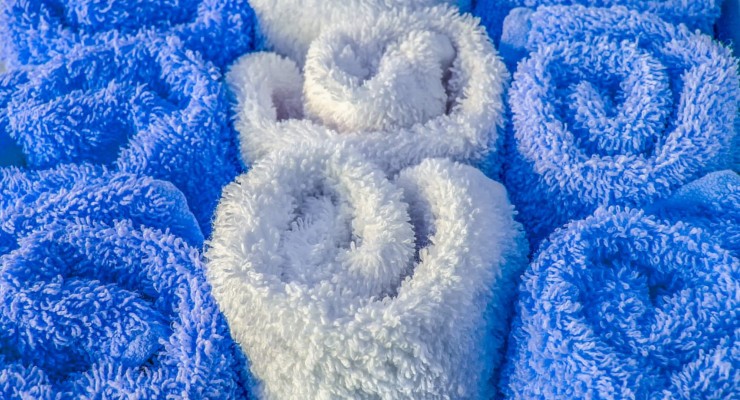 Hand dryers vs. paper towels which one is more effective?

Hand Dryers or Paper Towel, what’s more effective? The answer is complicated, yet it’s necessary to keep your hands neat!

This topic seems to be almost mundane, but it’s one we face regularly, and in specific environments, it can be essential. According to an article on BusinessInsider.com, hand dryers may blow bacteria onto your hands, backed up by the study published in ncbi.nlm.nih.gov/PubMed. Now the researcher and experts are advocating to switch to paper towels. The main points of that article and research are mentioned below;

It has been scientifically proven that air in the bathrooms is not exactly the most pristine stuff. As established in a study published in journals.plos.org, any public restroom, toilet or washroom can host many drug-resistant strains of Staphylococcus and researchers have also proven that these places are crowded with various microbes, from people’s skin and pee.

However, the answer to the question, whether to dry our hands through a paper towel or under a hand dryer, experts have strived to discover a definitive answer to which one of these is the healthier option until now.

An independently funded research conducted on 36 different male and female restrooms at the University Of Connecticut School Of Medicine discovered that hand dryers in bathrooms blow thousands of bacterial spores. For this they placed the test plates to the air under hand dryers in those bathrooms and found up to sixty different bacterial colonies could be blown on to those test plates in during thirty seconds air dry. This leads to the conclusion, although the air out of hand dryers is nearly clean, it may push much more dirty air around as compared to a paper towel.

Peter Setlow, the lead author of that study, stated that there isn’t any surprise in this study. “the more air you move, the more bacteria stick,” Peter stated in an interview to Business Insider. “And there’re lots of bacteria in any typical bathroom.”

Many other researchers have found that “plumes in a toilet” from inside the toilet bowl may spray aerosolized feces as higher as 15 ft. into the air. Blowing more of that air with a hand dryer could cause severe damage, particularly for vulnerable people like sick and old.

Peter himself, stated he has stopped using hand dryers and he is not alone. The whole university where this study was conducted has also begun stocking paper towels in most if not all its restrooms. Still, the common public may not have to be so worried about the way they dry their hands, Peter added.

Peter says that if he is a person with a suppressed immune system, he wants to minimize his exposure to bacteria.

He further added, “Stressing my own tactic may be important to mind for people who have a weak immune system and seniors. For a healthier person, it might not harm much.”

However, it is true that bacteria are not always bad for a human being. Microbes are essential, and even they were some of the earliest forms of life. Before human beings, oxygen-sniffing organisms set foot on the earth. Now, they are essential for our own immune system. In the article “The Silent Micro-Biome Crisis” published in the WashingtonPost, it was mentioned that these microbes even interact with and control our genes by feeding our brains and nervous system.

A team of a geneticist in New York even suggest parents roll their children on the floor of the subway as they found some proofs suggesting that nearly 600 species of microbes are present on those greasy floors that are good for making our immune system healthy and strong. Just because the air in a typical bathroom is grosser as compared to the air in other places, does not mean you have to be more squeamish about popping a squat than you are when you pick a call on your mobile phone or when you are working in front of your computer screen. Microbiologists regularly argue that our toilets are tested again and again and found to be cleaner as compared to our office desks, cell phones and menus in restaurants.

About 20 percent of us do not even think to wash our hands after doing our business in a public washroom, hand drying is not a that serious problem in the bathroom, anyway. You may even go without drying your hand. Eating with wet hands is not a problem. After all, it is water and water is life. For more advice contact an expert at Mustang Washroom. They provide a wide range of washroom hygiene services and products including, air fresheners, feminine hygiene systems, medical disposal units, Urinal flush control, Automatic Urinal, and WC Cleaning System, Airsteril, Toilet seat sanitiser system and much more.