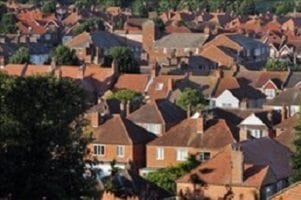 Home ownership rates for families aged 25-34 are rising for the first time in 30 years, but high barriers to entry facing first-time buyers remain acute, according to new analysis recently published by the Resolution Foundation.

Home ownership rates among 25-34 year olds have risen by 3 per cent since they hit the rock bottom level of 25 per cent in 2016.

The analysis shows that falling home ownership rates, and reduced access to social housing, have driven rapid growth in the number of young families who rent privately.

“After decades of falling home ownership, recent conditions in the housing market as we move away from the immediate aftermath of the financial crisis are finally helping more young families to buy a home of their own.

“But the long term drivers of lower ownership rates, including low interest rates, and high house prices and deposit requirements, are here to stay. Home ownership rates for young families are barely half as high as they were back in the late 1980s, while fewer than one in five own in many of Britain’s major cities.

“So as well as welcoming the tick up in youth home ownership politicians should act to increase the number of homes available to buy, use the tax system to favour first time buyers over second home owners, and ensure that the private rental sector is fit for purpose – providing the security that many young families need.”