Homebuyers save hundreds of millions from stamp duty reform 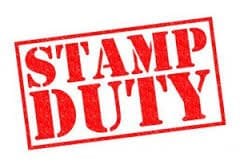 A  government announcement published at the beggining of this week states that  over 780,000 homebuyers saved an estimated £657 million on Stamp Duty Land Tax (SDLT) in the year since the tax was reformed.

Transactions levels at the top end of the market remained constant under the new regime and stamp duty receipts from homes costing more than £1 million went up by 15% across the year.

In December 2014 the government reformed the residential stamp duty system, changing it from a ‘slab’ to a ‘slice’ structure and reducing stamp duty for 98% of people who pay it.

The Chancellor George Osborne said: ” In 2014 I cut stamp duty and already three-quarters of a million home-buyers across the country have benefitted. The overwhelming number of home-buyers – 98% – are saving money thanks to our reform, which has done away with the unfair old system that meant increases being imposed on those paying just a pound over the threshold.

“These figures show that the benefits are being felt across the country. It’s a fair, workable, lasting reform to the taxation of housing.

“I am determined that this government will continue to take bold action to support a home-owning democracy”.

To see the announcement in full visit UK.GOV