How much does a property with a royal neighbour cost? 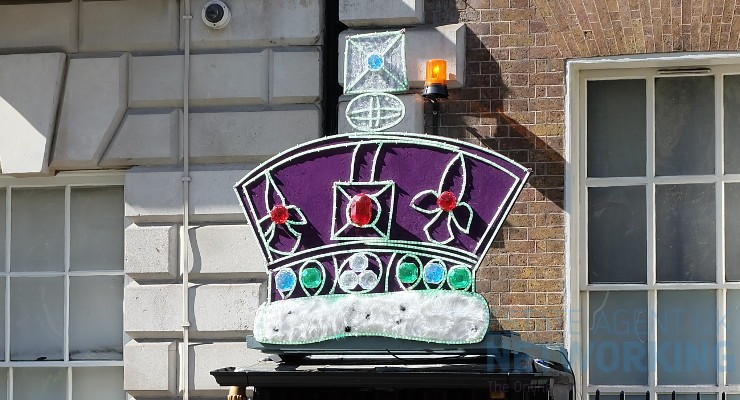 This Saturday, 13th June, marks the Queen’s birthday and the latest research by GetAgent, has looked at the cost of calling Her Majesty or another member of the Royal Family a neighbour, when it comes to property prices around each of their royal homes.

GetAgent looked at the average cost of buying in each outcode home to a royal residence and how this compares to the wider area in which they are located.

Kensington Palace and nearby Ivy Cottage and Wren House, all of which are located on the Kensington Palace estate in the W8 postcode, are home to an average house price of just over £1.9m. Not only are they the most expensive of all royal residences, they come in 37% more than the wider area of Kensington and Chelsea.

Buckingham Palace and neighbouring Clarence House and St James’s Palace are the next priciest royal pads on the list with the SW1 postcode home to an average price of £1,556,988; 43% more than the wider area.

At just over £1m, Thatched House Lodge in Richmond’s TW10 postcode ranks as the next most expensive (£783,199), while living nearby Windsor Castle, Frogmore Cottage and the Royal Lodge in the SL4 postcode will set you back £560,740.

But there are a few royal homes located in areas with a more affordable price tag when compared to the wider local authority.

Balmoral Castle and neighbouring Craigowan Lodge and Birkhall are all located in the AB35 postcode, home to an average house price of £165,052, -8% more affordable than the wider average for Aberdeenshire.

Purchasing near the Palace of Holyroodhouse in the EH8 postcode will also secure you a royal deal, with an average house price of £216,107, it’s -20% cheaper than Edinburgh as a whole.