How to Train Your Workforce…in the Metaverse 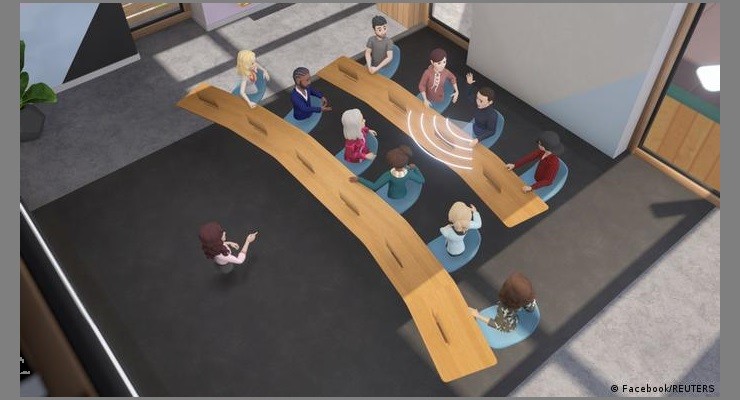 Andrew Stanton discusses Facebook’s Metaverse, and what the broader idea might mean for the real estate sector

Last week, with a wave of his digitised hand, Mark Zuckerburg dispatched Facebook to the annals of history and ushered in its Metaverse. Just like that. A brand in the making for almost two decades.

Some might think it a shrewd move. The name Facebook has been attached to controversy for almost as long as it has existed, with concerns over data privacy, its role in politics, being a breeding ground for racism and hate…you name it, Facebook and its founder have been culpable in some way.

Despite the negativity attached, which it will find impossible to shake, Facebook has still been a daily preoccupation for many people since its global launch in the mid-naughties, giving billions of users an avatar in cyberspace to act however they see fit.

But the announcement that Facebook is to become Meta Platforms, Inc. (named for its forthcoming Metaverse product which the company hopes to build its future fortunes around) has now signalled an arms race to build a new kind of cyberspace; a mixed reality virtual hinterland where our digital selves meet.

Who can get there first? Who can rival Zuckerberg’s vision? Who can carve out their own corner of the metaverse?

For some time, businesses have been looking to dominate the virtual sphere in such a way, building cyber environments of their own imagining for avatars to attend events, online showrooms, 3D conference calls, and more.

The results have been mixed. Some have failed spectacularly, while others are coming close to giving Meta (née Facebook) a run for its money, if only for that one practical application for which it is built.

So it will be interesting to see how real estate benefits and profits from this new reality, especially when it comes to training. Growing new talent has, of course, been a big headache since the onset of the pandemic. Now that virtual education is in its ascendancy, how will it address these issues?

Recently, hot on the heels of the Meta announcement, Credersi and PixelMax have announced that they are building something in a similar vein, except this will be streamlined for educational purposes. Although it will be primarily used to train “data scientists, lab technicians, cyber defenders and programmers”, one can see the possible applications for real estate.

The release states: “While Facebook’s CEO Mark Zuckerberg has outlined his vision of what a global metaverse might look like, tech and science educators Credersi and 3D tech innovators PixelMax are at the forefront of developing and shaping what the education metaverse will actually be. Tech disruptors Credersi and PixelMax are already making this a reality and for the last 12 months, they have been developing and creating their own virtual science and tech campus”

The Credersi co-founders, Darren Coomer and Andy Lord had noticed that the pandemic was impacting education, with students struggling to work remotely on platforms like Zoom and Teams. The issue was also prevalent in business when employers, confronted with a skills shortage, struggled to hire and train.

Their response was to build Credersi World, an immersive platform in which students can learn in a virtual campus world replete with shops, cinemas, art galleries, wellbeing rooms and coffee shops, which users can attend through immersive virtual reality technology. The platform is applicable to businesses who want to reskill their workforces, too.

Credersi CEO, Andy Lord, said: “The reality is that technology is now driving businesses forward at such a rapid pace that there is simply not enough skilled workforce available to fulfil those roles, which is why we have such a massive skills shortage and demand is outstripping supply. As companies try to keep up with the rapid pace of technology as it evolves, they have realised that a large percentage  of their workforce are simply not fit for purpose. That now means companies have to identify the talent from within their workforces and organisations and create the opportunity to educate and train them – and reskill them for a career of the future.”

This point exactly is something that the real estate sector is to be mindful of. Much is being made of the online agency these days, and how it is an incremental advancement that will be dead in the water as soon as platforms like Credersi World and Metaverse hit the mainstream.

You can read the full press release here.