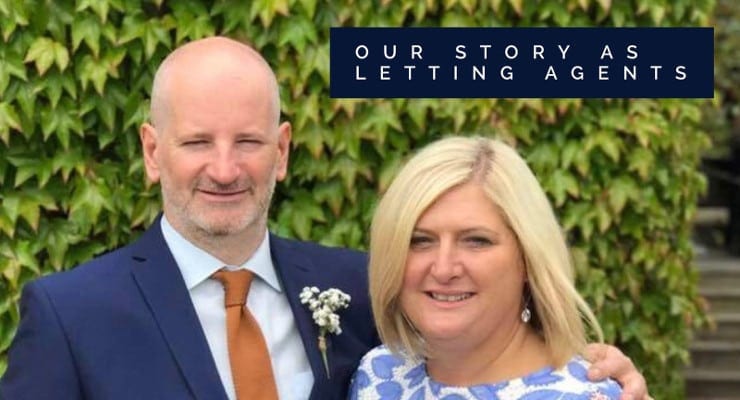 Four years ago (2014), one of my first clients was Daren and Susan Cope, who started a letting agency in Derbyshire. They started in 2000 and gained some early success, growing to 900 managed properties under management by 2009. But the credit crunch hit in 2009, and all the corporate agents jumped on the lettings bandwagon to stay afloat. The number agents offering lettings tripled almost overnight, meaning between 2009 and 2014, as each year progressed by, it felt like they were walking through treacle to stand still, let alone move forward. They had tried all the techniques under the sun (landlords wanted leaflets, Google adword campaigns, SEO work, newspaper advertising, 50% of management fees, even 0% fees) – but by 2014 – they had only grown to 950 properties under management

Daren and Susan Cope needed help with growing their lettings agency, so we set to work. Their ultimate goal was to attract Derby landlords from other Derby agents, agents they knew were poor at customer service.

For six months they saw no improvement, but like most good things – its takes time and patience and within twenty-two months (middle of 2016), they were generating enough landlord leads that they had increased their lettings book to 1150 properties under management.

So, we ramped up the work and taught Daren how to use social media, which embeded and helped Daren to become a thought leader in the Derby property market, and he was even asked to be comment on the local BBC radio station and have a regular column in the local Derby newspaper – free of charge. He was sought out because of his perceived proficiency in the local property market, with landlords giving him blank cheques to go and buy properties for their portfolios. While we may have helped them generate the landlord leads, Daren and Susan were seen as the ‘goto’ property people and by the end of 2017, Daren and Susan had 1,450 properties under management.