Landlord Guides: What to do if your tenant dies 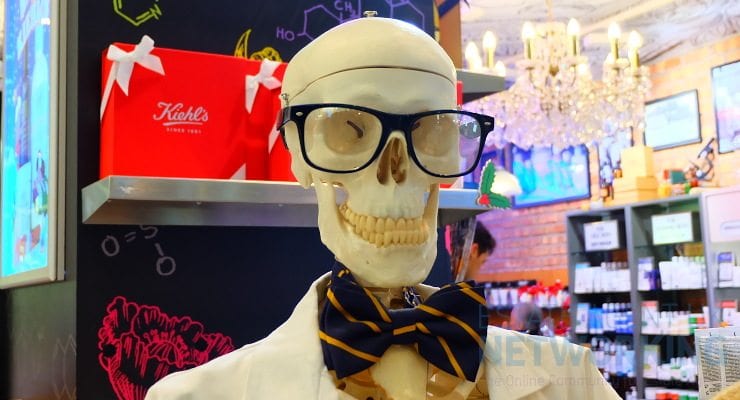 As a responsible landlord, it’s important to know how to handle the difficult process of a tenant passing away.

Benham and Reeves, one of London’s largest independent letting and sales agents, provides a guide on what to do should the worst happen to one of your tenants and tips on dealing with the situation.

As it stands the 20.25% of the population in England are private renters, amounting to 11.26 million out of a population of 55.62 million.

Given that there are an estimated 499,000 registered deaths per year, having a tenant pass away is a very real possibility and owing to the difficulty of getting on the housing ladder, people are renting longer than previous generations, heightening the risk of a tenant dying.

“If your tenant passes away it can be challenging to know how to deal with the situation.

As a landlord, you’re running a business and may want to let out the property again as quickly as possible, to maintain the additional stream of financial income that it provides.

This is, of course, understandable, however, it’s important to follow the right procedures to ensure you act both professionally and sensitively when dealing with the tenant’s loved ones and that you do so within the letter of the law.”

It’s important to note that a tenancy does not simply end when the tenant dies.

If the tenancy was in joint names, where for example it’s a couple renting and one of them dies, then the living tenant acquires the tenancy in a process known as the ‘right of survivorship’

Meanwhile, if there was only one ‘sole tenant’ then what happens depends on the type of tenancy that was in place.

If the tenancy was within a ‘fixed term’ then the remainder of that term will pass to the tenant’s ‘personal representatives’ along with everything else they own when then they die, as part of their estate. Personal representatives have the same rights and obligations the tenants had – so if a tenancy goes into arrears it needs to be paid from the estate before money or assets get passed onto the beneficiaries in the will.

If the tenant had a ‘statutory tenancy’, meaning the contract had expired but they continued to live in the property, then it passes to the husband or wife or a member of the tenant’s family.

Meanwhile, If it was a ‘periodic assured tenancy’, which runs from month-to-month or less commonly week-to-week, then it typically passes to a spouse like a statutory tenancy – however as the landlord, you can serve a Section 21 notice to terminate the tenancy, although, this is soon to be abolished to level the playing field of ‘unfair’ evictions.

With the latter two instances if the tenant has nobody in place to take ownership of the tenancy, then the process will revert to the fixed term model – where the tenancy agreement forms part of a person’s estate.

Tip: Always keep the personal information of tenants up to date, including a next of kin, so that you know who to contact and resolve the matter with. While a sensitive time, it is often best to sort it out sooner rather than later while the former tenant’s other affairs are being resolved in order to create a smoother process for everyone.

It’s likely you’d want to take the property back to let it out once again. However, to do that you’d need to form an agreement with the tenant’s personal representatives.

If they won’t give up possession of the tenancy, or if somebody else is living in the property, you would need to go through the courts to obtain a possession order.

If the tenant has nobody able to deal with the administration of their estate then a government official called ‘The Official Solicitor and Public Trustee’ has the authority to deal with it.

What happens to the tenant’s deposit?

What happens to the tenant’s belongings?

As harsh as it sounds, the landlord is within their rights to treat the tenant’s belongings as if they were abandoned and pack them up ready for collection by the Executor or next of kin.

What happens if the tenant actually dies in the property?

If the tenant is found in the property, the landlord should call the Police and in these circumstances, there is a clear route to follow.  The Police will take the lead and contact any next of kin directly.

Also if a death is suspicious or a suicide – then there will be additional Police involvement at the property and there could be further time to wait while they complete their investigations.

Tip: Much like a tenant’s personal representative must honour the agreement, so do you. If complications arise, seek legal advice. Often coming to an agreement that suits both parties is quicker and more cost-effective but whatever you do, follow the correct procedure.

If your tenant dies without a will or has one without an ‘executor’ – a person nominated to carry out the instructions in a will – then the tenancy is temporarily transferred to a public trustee.

If this happens you mustn’t take back the property even if the tenancy is ending, or you could face a fine.