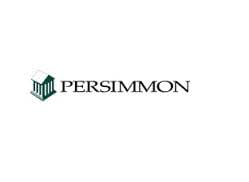 The Chancellor of the Exchequer George Osborne welcomes the massive housing boost from Persimmon, they have announced to build over 80,000 homes and create 1000 jobs over the next five years.

The 1,000 new employees will join Persimmon’s existing 4,500-strong workforce, which in the past year has included 200 young apprentices. The company started work on 250 new developments around the country in 2015, including the Arisdale Place development in South Ockenden, which when finished will be made up of 185 homes.

Persimmon, one of the UK’s biggest building firms, opened two new regional businesses in 2015 in the Northern Powerhouse (Durham) and Midlands Engine (Birmingham) and plans to open a further two businesses in 2016 in Cornwall and Perth.

Speaking in South Ockenden on wednesday, George Osborne reportedly said: “One of this Government’s key priorities is backing families who aspire to own their own home. We made a start tackling the home ownership  crisis in the last parliament. now we will do much more to turn Generation Rent into Generation Buy.

“The action I announced yesterday (Autumn Statement) will help deliver 400,000 affordable new homes by the end of the decade, the biggest building programme by any government since the 1970’s.”

Jeff Fairburn, Persimmon’s group Chief Executive, reportedly said: “Home ownership continues to be an aspiration for the majority of British people and these latest initiatives announced by the Chancellor should help that dream become a reality.

“Persimmon prides itself on building homes that people can afford to buy in quality locations. Most of our buyers are looking to stay in their local area and this is eactly what we deliver.”