Midlands leads the country as price of property coming to market jumps 1.3% 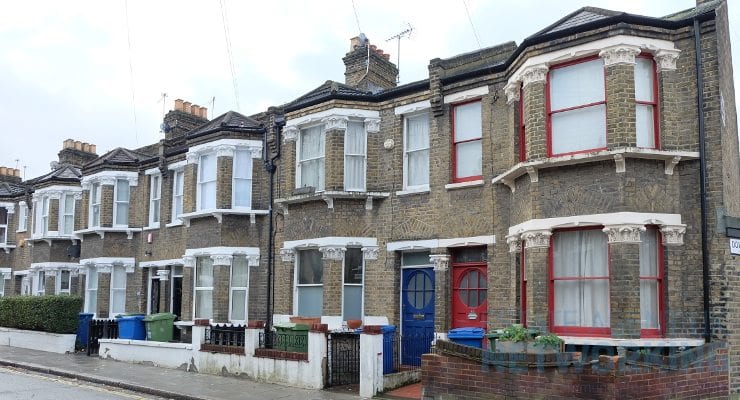 The average price of newly marketed property has jumped up by 1.3% (+£3,877) this month. A larger monthly rise at this time of year has only been recorded once since 2007, an indicator of the continuing resilience of the market. Furthermore, it matches the monthly increase recorded in last year’s buy-to-let-boosted period. There are signs of a changing market however, and breaking with the tradition of the market often being driven by the northern or southern halves of the country, it is the two Midlands regions that clearly lead the way in both the monthly and annual price metrics.

Miles Shipside, Rightmove director and housing market analyst comments: “Since the start of the decade, the average March price rise has been 0.9%, so this month’s 1.3% uplift is an indicator of a shortage of suitable property for sale in many parts of the country, with strong demand for the right property at the right price. Since 2007 we’ve only once seen a larger rise than this in March, and we are also keeping pace with last year’s rise, which had the added momentum of investors looking to beat the Stamp Duty tax deadline of April 1st.”

While market fundamentals remain robust, the annual rate of increase in the price that new-to-the-market sellers are asking for their property remains modest at 2.3% for the second consecutive month. The prices set by house sellers and their estate agents are a leading indicator of market sentiment, and these figures demonstrate the slower pace of increases. A year ago in March 2016 year-on-year prices rose at 7.6%, more than three times this rate.

Shipside adds: “While six consecutive years of price rises have been a gravy train for many home-owners, some of them are running into the buffers of affordability when they come to trade up. Meanwhile many would-be first-time buyers are being left waiting on the platform struggling to even get on board. Modest average wage rises and tighter lending criteria have limited buyers’ ability to pay more. While credit is cheap, if there are limits on its availability then the pace of rise has to slow even though demand for housing is high. Many buyers are being forced to be price-sensitive, so sellers have to be wary of over-pricing if they want to sell.”

There are other signs of changing dynamics too, and while market trends often favour the north or the south, all of this month’s price indicators are clearly highlighting that it is the East and West Midlands that are outstripping all other regions. The fastest pace of price rises anywhere in the country compared to this time a year ago is in the East Midlands, up by 5.7% (+£10,801) year-on-year and 2.1% (+£4,205) this month. The price of property coming to the market in the East Midlands is at a record high, breaking through the £200,000 barrier for the first time to £200,620. The West Midlands region has the second highest annual increase with prices up 4.2% (+£8,658) and matches the East Midlands’ 2.1% monthly rise (+£4,321). The region with the next biggest year-on-year rise is the East of England at 3.9% (+£12,885), held back by a much more subdued 0.8% (+£2,712) monthly rise.

Shipside observes: “The price-rise crown has shifted from its previous strongholds. The pace is no longer being set by the more affluent commuter-belt south, including London with its international appeal. Neither is it set by the cheaper north driven by a mass of investors swooping on high buy-to-let yields.  As markets in other areas of the country become more mature and run out of price-rise steam and froth, the fundamentals of the Midlands have come to the fore. Accessibly and conveniently located in the middle of the country, the area offers mid-range and relatively affordable prices at an average of around £200,000, whilst also exhibiting local economic breadth and strength. As other parts of the country suffer from varied factors such as highly-stretched affordability, changes in sentiment and increased economic uncertainty, it is the Mighty Midlands that is the current powerhouse of price rises.”

Agents’ Views from the Midlands

Andrew Oulsnam, Director of Robert Oulsnam & Company in Birmingham, said: “We are seeing very positive market conditions within the West Midlands at the moment, with an increase in properties being placed on the market and strong interest from buyers. This is translating into the majority of sellers achieving their full asking price and in many cases exceeding the guide price. We expect property prices to continue to rise between 4-5% over this year, outpacing many other parts of the country.”

Jeremy McGinn, Director of Jeremy McGinn & Co in Stratford Upon Avon, said: “We had a record month for sales in February and properties that are priced correctly are often going to sealed bids. Low stock levels are still a problem for us, especially for properties up to around £500,000. There’s been consistent activity from first-time buyers especially those with the bank of mum and dad to help them, and we’re finding that those who can’t afford Stratford upon Avon itself are looking further out, which is likely to drive up prices in areas like Bidford upon Avon and Alcester as demand increases.”

Peter Woodthorpe, Director of Readings in Leicester, said: “So far this year the number of sales has exceeded the number of new properties coming on to the market. Combined with excellent results at our February auction it comes as no surprise that prices have risen so strongly. Most buyers in Leicester remain confident in the prospects for the local market.”