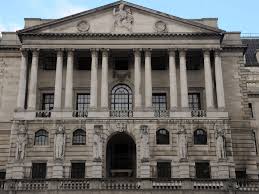 Moody’s who provide credit ratings and research covering debt instruments and securities said  that the majority of British homeowners would be little affected by a moderate rise in interest rates, a rise of 1% would only affect about 1% of borrowers in that they would find it difficult to meet their mortgage repayments and living expenses, even if the rate rose by 3% that only 4% of borrowers would be affected.

It was only in the last week that the Bank of England governor Mark Carney gave the strongest indication yet that interest rates could very well rise around the end of the year, unable to say whether before or after year end 2015, of course he mentioned that it was dependent on factors prevailing at the time.

Other than word of mouth, what ways are there for consumers to read up on reviews about their local estate agents? When we are choosing which of the main high street estate agents we are going to use for selling our property, past experiences from their clients can help us to decide which one deserves…
Read More →

Price of property coming to market hits a fourth consecutive record of £367,501, up by 2.1% monthly (+£7,400): Average asking prices have risen more than £55,000 in the past two years, compared to a £6,000 rise in the two years before the pandemic Activity levels remain strong and still significantly higher than pre-pandemic, though there are signs that the frenetic market…
Read More →