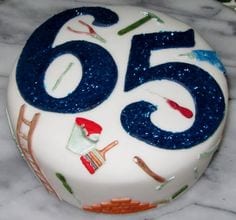 Data from the Council of Mortgage lenders reveals that a third of new mortgages being taken out today will extend beyond their 65th birthday, this situation is being created because some buyers are entering the property market at an older age and the duration of some mortgages is longer term.

The new figures were revealed at a conference last week focusing on the issue of ‘pension tension’, helping to crystallise the distinction between borrowing into retirement, and borrowing by customers in retirement.

Borrowing in retirement occurs on a much smaller scale and has been in decline since 2007, except for a small increase last year attributed to strong growth in lifetime lending.

Saga the over 50’s group pointed out that many older homeowners are still being blocked from accessing more competitive mortgage deals. The Financial Ombudsman Service upheld a customer complaint in April this year after HSBC refused to give a mortgage on the grounds that the consumer would have been over 65 at the time of the term end.

A Saga spokesperson reportedly said: “Whilst a lucky few may have been able to take out a mortgage to move home at an older age, we’re still hearing from people who are stuck in uncompetitive mortgages who are unable to move to a better deal simply because of an arbitrary age limit, financial institutions need to change. Lending decisions should not be based on somebody celebrating a birthday; it should be about an individual’s ability to pay.”