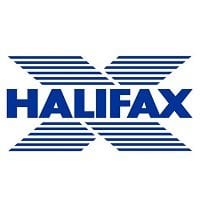 Mortgages in the UK have reached their most affordable level in a decade, according to new research from Halifax.

The latest Halifax Affordability Review reveals that homeowners spend less than a third of disposable income on mortgage payments, the lowest affordability in 10 years since market peak of 48% in 2007.

The significant improvement in affordability since 2007 has been driven predominantly by historically low mortgage rates, despite the first base rate rise in a decade last November according to Halifax.

Andy Bickers, Mortgage Director at Halifax, said: “This is a real boost for both those who already have a mortgage and those preparing to take their first step on to the property ladder. Improved mortgage affordability has been a key factor supporting housing demand and helping to stimulate the modest recovery that we are currently seeing.

“In recent months we have seen the number of first-time buyers and homemovers purchasing a home with a mortgage bounce back towards 2007 levels, and mortgage payments becoming a much smaller proportion of disposable income across most of the country will also support a heathy market with more choice and opportunity for buyers/borrowers.”