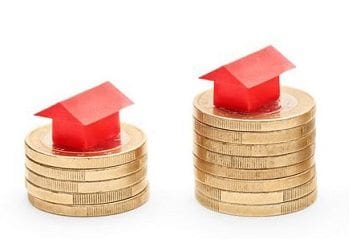 The decision for a Brexit taken last thursday and announced last friday looks like having a negative impact on the UK property market as well as other sectors of the economy, at least for the short term.

The UK has now entered a period of  uncertainty, how much this will affect general confidence and sentiment we will only know as we go forward, however media reports immediately following the Brexit decision are indicating a downturn in house sales and prices.

The real test will come when the various House Price Index reports are released in August for July, it will be then that the real affect will be known.

London had already started to put the brakes on house price rises, infact the top end properties were having their asking prices reduced to attract interest from a dwindling number of buyers, what will happen from here in London is anyone’s guess.

This week a cooling down on reactions to the Brexit decision will be big ask, it may even heat up further, Jeremy Corbyn is facing a no confidence vote this week ( actually matters progressed rapidly throughout Sunday with a number of his Shadow Cabint resigning, it was 11 at last count),  European leaders and officials are meeting this week to consider the ramifications of the UK exit and what the next step will be for them (not alot until UK activate article 50), Nichola Sturgeon from the SNP has re-ignited the call for an independent Scotland that would remain in Europe, the Conservative party will be deciding upon a new leader in the next few months, and these are just a few of the situations created directly from the vote to Leave.

Almost forgot to say there is  an online petition to government that is gaining strength by the second, it is for a second referendum vote as the first was pointed out to be too close and was on a turnout of under 75%, it presently stands at the time of writing late on Sunday at over 3m. It was pointed out at the end of Question Time last night by a member of the panel that this figure  should not be relied upon as many (majority) who are petitioning do not have the right to vote anyway.