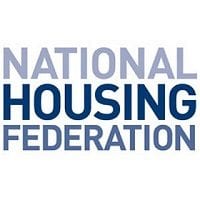 Chief Executive David Orr will today at the NHF annual conference warn that social housing funding is in crisis, unless the Government is prepared to make a break with the past and start funding new genuinely affordable homes.

David Orr, Chief Executive at the National Housing Federation said: “It is absurd that we’re spending less on building social housing than we did in the nineties – there are even more people today on housing waiting lists than then despite increasingly stringent criteria.

“We know we need more, better quality social housing. And yet, rather than putting public money into building the homes we need, we are propping up rents in a failing market. Ultimately, this is poor value for the taxpayer and has a knock-on effect on everyone struggling to rent or buy.

“The Prime Minister is right that we’ve not paid social housing enough attention. After the tragic fire at Grenfell, this crisis can no longer be ignored. The Government must be bold and make a break with the past by making money available to build genuinely affordable homes.

“There’s more than a billion pounds that remains unspent on Starter Homes. Let’s put this money to use and let housing associations build 20,000 of the genuinely affordable homes the nation needs.”