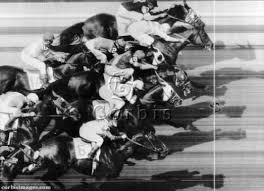 The day after the night before and the seven way debate never really gave us an  outright winner, various snap polls following the debate gave us an overall top four who appeared to do well, David Cameron (Cons), David Milliband (Lab), Nigel Farage (UKIP) and Nicola Sturgeon (SNP).

The debate was an orderly affair with ITV’s Julie Etchingham maintaining good order, all leaders had adequate time to get their points across and there were no overheated arguments, maybe Nick Clegg was a surprise with his early attack on David Cameron, and later on in the debate we had a member of the audience who interrupted while David Cameron was talking.

All leaders were passionate when dealing with the questions from the audience, the four main subjects were Economy, NHS, Housing and Immigration, each speaker dealt with  housing issues in their own way but clearly putting priority to building more houses.

If still undecided there are a further two debates to come, however we will not get to see David Cameron and David Millband on the same stage again before the election.