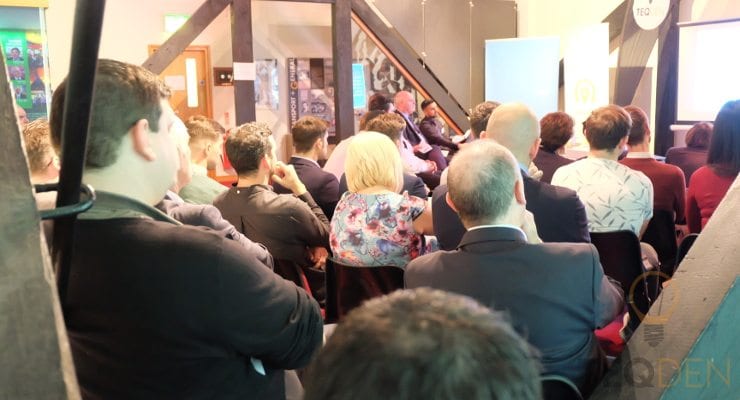 The success from London was firmly installed in Manchester as #PropTechDen launched to a full house with a strong panel of judges and a great selection of companies pitching. London has seen #PropTechDen (Founded by Christopher Walkey) grow from strength to strength now gathering crowds of over 100 to watch the live Dragon’s Den style pitching.

On the evening, judges were:

and the pitches came from:

The #PropTechDen Manchester event was kindly sponsored by Credas – www.credas.co.uk/ and drinks sponsor was OneDome.