Rental market grew in 2017 according to Countrywide 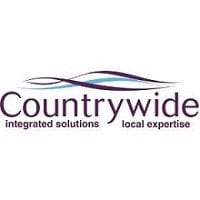 The latest Countrywide plc Monthly Lettings Index – January 2018 released this week reveals that rising rents and more households renting means 2017 was a record year for total rent, last year tenants in Great Britain paid a record £51.6 billion in rent, an increase of £1.8 billion on the previous year and more than twice what they paid in 2007.

“As millennials age, more are becoming homeowners, so the total amount they’re paying in rent has started to drop.  But the Generation Rent title still applies.  Any fall will be much smaller and slower than seen by previous generations as less become homeowners.

“For the second month running rental growth in London has outstripped the rest of the country. Stabilising rents in central London alongside rises everywhere else in the capital has pushed the rate of rental growth to the highest level for 22 months.  While the rate of growth outside London remains higher than for most of last year, it has picked up to a lesser extent.  Across northern England rent rises are running at half the rate of 2017.”