Revealed: Santa’s Workshop needs to be the Size of 500 Heathrow Airports 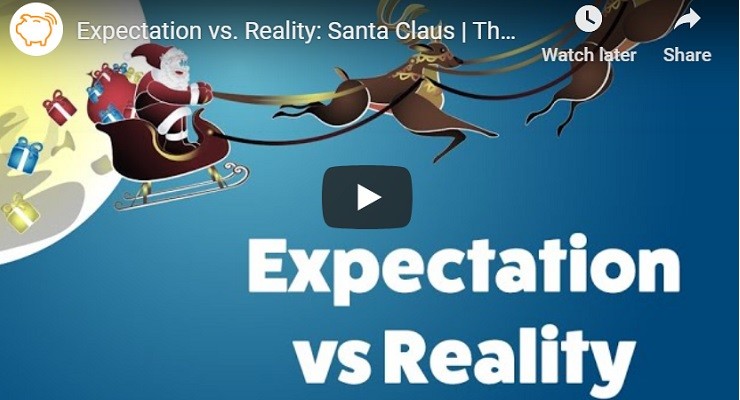 As we fast approach Christmas, a new study has looked into how big Santa’s workshop would really need to be to house all of the gifts he delivers on Christmas Eve.

To determine how Santa Claus manages to make and store all of the toys for children on the nice list, Online Money Advisor has researched the science behind Christmas, to bring you the expectations versus reality.

When most of us think about Santa’s grotto, we picture a snow-covered, cosy cabin in Lapland, surrounded by reindeer.

In reality, however, Santa Claus needs a warehouse space the size of 530 Heathrow Airports to store all of the presents and his elves before his journey on Christmas Eve – that’s a whopping 26,355,362.4m²!

How did Online Money Advisor work this out? We took the 548,695,405 children that are on the nice list (this is about 80% of all of the world’s children who believe in Santa) and multiplied it by a typical Christmas sack size of 0.48m² (taken from a selection on sale).

Slightly more concerning is how much Santa’s contents insurance needs to be – the presents are worth a combined total of £54 billion (£100 per child), which is roughly the same as the GDP of Luxembourg.

As some food for thought, it’s estimated that ending world hunger would cost between $7-265 billion per year.

Watch the full video on Santa Claus expectations vs. reality:

This isn’t the only expectation to be quashed, however, as we’re sure Santa Claus relies heavily on magic to deliver presents to the 182,898,468 homes (three children per household) on his list.

With 1,583 properties to visit each second, we don’t know how Santa manages to squeeze down the chimney, lay out our sacks and munch on a mince pie.

Nevertheless, if he does down a glass of sherry and scoff a mince pie at each home, he’ll have consumed an astonishing 52 billion calories on Christmas Eve alone.

And we definitely hope that Santa’s sleigh runs on renewable energy, as making the toys alone generates 68.1m metric tonnes of CO2 (he’d also be massively over the drink-driving limit, at 182m units of alcohol!).

When you’re stressed about the Christmas period, just think about what Santa has in store for him next week!

Online Money Advisor would like to wish everyone a happy and healthy Christmas.