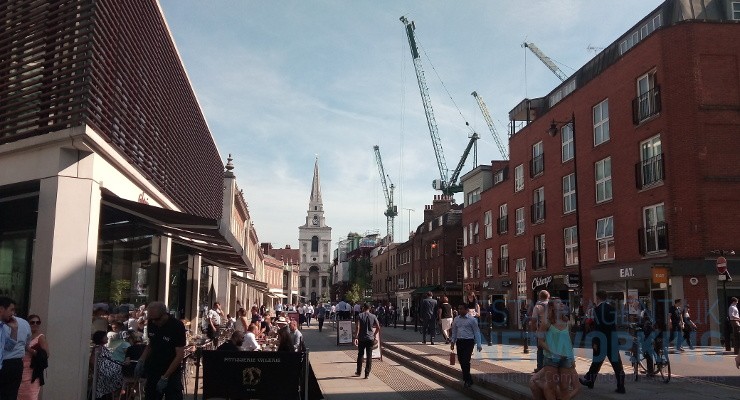 Headline hitters both of them, though the mayor of London has by far a longer list of mostly failures whereas Russell Quirk is still very much respected by his industry peers following taking his idea (Emoov) from start up to nationally recognised online estate agency brand and now leads a fast growing and widely used PR agency servicing the UK property industry – Properganda PR.

The mayor of London is known for declaring figures that he bluffs his followers that he can achieve and in most situations fails miserably to keep. Headlines such as ‘knife crime remains at near record levels in London with more than 40 offences reported every day‘, ‘Crime is up by 12 per cent since he took office, with a far bigger rise in murders‘ & ‘For the first time in 25 years, public transport use is falling‘ and this within news publications that are fairly central / left in their views – This does not touch upon on central / right publications! 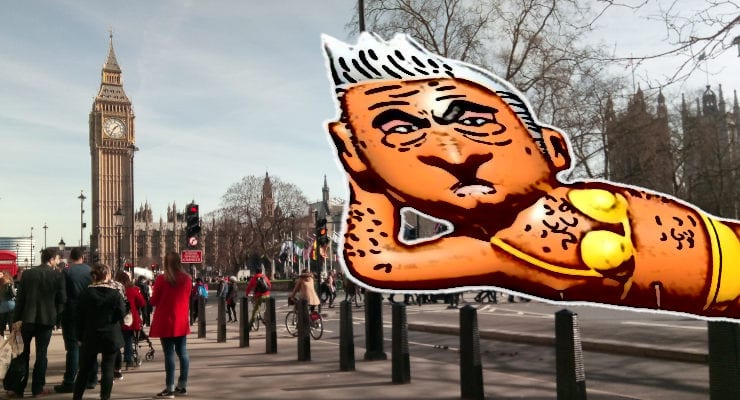 His recent rants against President Trump including the battle of the balloons as well as him supporting a second people’s vote and happy to highlight this failed campaign on London Transport brought about even more headlines such as:

So what about the housing situation and the promises to build more affordable homes? Again we get headlines such as from respected news sources as Inside Housing ‘failing to meet his targets on affordable home starts‘ and from City AM ‘2,400 affordable homes have been built in the first six months of this year, far below the mayor’s annual 14,000 target‘.

Ultimately the requirements are not being fulfilled and figures are below what is expected though this blame will not all fall upon his shoulders as battles need to be fought against the government, land owners and especially those keeping hold of brownfield / planning permitted plots, restrictions on planning and purchasing powers of local councils and more. There is no magical wand, though a pot of £1.67 billion should really be making his job a lot easier and gaining better housing results surely?

Russell Quirk recently shared some Tweets relating to this subject to include ‘The Mayor fudged his answers and incorrectly declared ‘record’ housing starts last year. In fact, actual starts were DOWN 52% on 2017.‘ so I thought I would ask him a couple of questions:

Has the current mayor of London any real grasp as to the declining situation of housing in London? Is he familiar with the targets set for affordable housing in your mind?

Actually, I think he does yes. He understands the problem and the need for 65,000 new homes in the capital every year, 50% of these to be affordable. He has set this out in his Draft London Plan. The definition of ‘Affordable’ is homes that are either for social rent or shared ownership in a social housing sense, or are priced at >20% less than the equivalent market value home.
The problem with Sadiq Khan is not that he does not understand. It’s that he is a typical bloody politician that articulates a big hairy goal to appease voters and to win them over but without a clue how to actually EXECUTE on that delivery. Aspiration? Yes. Knowledge and ability to follow through? No. Khan is not unique. Successive Chancellors, Prime Ministers and Housing Ministers have fed us headlines and promises since the 80’s yet without fulfilling those promises.
One of the problems is that talk is cheap. It’s easy to issue a press release to a salivating media that says ‘I’ll build more homes than the last guy did’. Also, politicians serve a maximum of four years and so they actually don’t get much time to show results. But above all, career politicians like the current London Mayor (and the two before him) will simply say anything they need to in order to make it look like they have a plan even when their ‘plan’ is simply to regurgitate some big numbers.
Frankly, it’s simply not bloody good enough given the HUGE housing deficit the UK faces of over 100,000 homes short annually.

The mayor certainly puts investment of money and time in to a second referendum, is though enough being done in your mind with his budgets towards affordable housing in London – Is there in-deed any realistic possibility to meet the required  65,000 new homes per year (50% affordable)?

See above. talking of budgets, when I challenged the Mayor on LBC last week he avoided the question, fudged the answer (typically answered the question he WANTED me to have asked, not the one that I actually did ask) and then threw in some inaccurate numbers despite me having told him that I had the latest GLA housing starts and completion numbers right in front of me.
To be clear, his 2018 affordable housing starts number is a whopping 52% DOWN on 2017 at just 6,066 homes begun. That’s what HIS OWN stats say. Completions between Apr and Dec 2018 were at just 5,500 versus his promise to complete 32,500 per annum. This is an appalling fail and yet all we hear from Sadiq Khan are misplaced rhetoric that seeks to show that the numbers are better than they really are.