Second Success Story for the SAVA School of Surveying 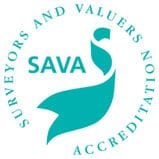 Just two years since its launch in 2014, the SAVA School of Surveying has seen its second graduate achieve the SAVA Diploma in Residential Surveying and Valuation and join the Royal Institution of Chartered Surveyors (RICS).

Tony Rogers from Guildford has become the school’s second residential surveying graduate, completing his qualification in less than 18 months.

Starting in February 2015, Tony came to the SAVA School of Surveying from a marketing background and with no prior experience in property. However, his interest had been sparked by his father-in-law, a Chartered Surveyor, and he realised that a career in property rather than marketing was the way to go. Tony has excelled in his studies becoming the first in his course cohort to achieve his ambition of becoming a qualified and professional residential surveyor and valuer and the second graduate from the school.
Whilst training for his qualification, Tony was not without the pressures of work and family life. In fact, during his studies he was faced with a number of added challenges including moving house, becoming a father and working around the qualification to help support his family. Despite this, Tony showed immense dedication to his studies, passing his exams and going on to become an Associate member of RICS.

And the good news continues. Since completing his qualification Tony has even been offered a job with Valunation, the residential surveying division of the Spicerhaart Group – the largest independent integrated property group in the UK. He has also been nominated by the SAVA School of Surveying for RICS Young Surveyor of the Year 2016 in the residential category – an award established by RICS to recognise young surveying talent.
Hilary Grayson, Director of Surveying Services at SAVA, comments:

“There are so many traits that make a great surveyor – focus, attention to detail, a professional approach, and Tony has them all. His assessment portfolio was polished and is testament to all the hard work he has put in over the last 18 months despite contending with a house move and a new baby, two of the most stressful – albeit fulfilling – experiences of his life.

“He completed his qualification far quicker than expected and did so without compromising the quality of his work. He is one of the most determined learners we have seen so far at the SAVA School of Surveying and should serve as proof to current and future learners of what you can achieve when you put your mind to it.

“Tony showed true dedication to the course and has earned every bit of success that has come his way since. From myself and the team here at the SAVA School, we want to wish Tony all the best in his new surveying career. He should be incredibly proud of his achievement – we certainly are.”
Blog post shared by Helen Orme [email protected]