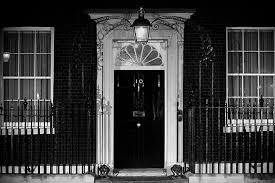 Leaders from Britains 7 major political parties will be battling it out tonight in an historic live television  debate, the debate is being held at the ITV Manchester studios and will be for 2 hours commencing at 8pm.

The Party Leaders will face a studio audience who will be able to question them on various topics that should help people make up their mind as to what party will represent them best. The leaders who appear will each have  a minute to make opening remarks in the order that they appear on the stage, only the leaders of Northern Ireland’s parties will be  missing, There will then be four questions answered in a different order each time. The leaders will have a minute each to talk before a period  of open debate on each subject,  each leader will have some time to sum up at the end.

It may give the chance for everyone to have a voice but it may get somewhat muddled if good order is not maintained, ITV’s Julie Etchingham will be in control of the debate so good luck to her.

So which leader or leaders do you want influencing the future of Britain? The bookies favourite at the moment for who will come out top is Nigel Farage.