Shambles of a debate 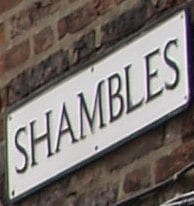 Last night we had another of those TV debates, both party Leaders who are presently in Government were not involved, by the way that had been pre-agreed sometime prior.

Well what I saw was no more than  a work place row, the three ladies were almost in agreement with each other most of the time picking on the two men, David Miliband came across as confident but carefully sidestepped questions and accusations on Labour spending plans and how they would be funded, Nigel Farage had no chance at all as he had the audience against him from the start, TV audience to be precise,  Farage did  point out early on in the debate about a carfully selected audience for the show but that the real audience were sitting at home, for the record they did appear to clap everything Miliband and Sturgeon said, thats my view.

The biggest concern that came over from the debate to me was the attitude of some towards housing and what effects it may have to the general housing market both in sales and lettings.

Only yesterday Moody’s the rating agency warned that the UK’s housing market posed a significant risk to the economy. It was reported as saying that low interest rates, rising populations and slow construction had contributed to house price rises. UK annual house price growth was 7.2 per cent in February, according to the Office for National Statistics.

The economy is still finally balanced and growth is important for so many factors within it, no more so than housing, if we have no growth where does the money come from to fund housebuilding etc. It is one thing having a shambles of a debate but another to have a shambles of a government running the country.