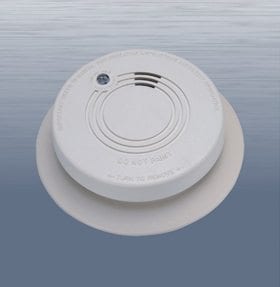 Fire Chiefs are concerned about the number of landlords who have still not taken the appropriate action to fit smoke alarms. new laws were introduced in  October 2015 requiring private landlords to fit smoke alarms, the fire service warned people are four times more likely to die in a fire in the home if there is no smoke alarm.

Hackney has become one of the first London boroughs to impose a maximum penalty fine in a bid to protect tenants who are put at risk through having no smoke alarm fitted, landlords in Hackney could now be fined £5,000 if they don’t install the smoke and carbon monoxide alarms necessary to help keep their tenants safe.

The cost of fitting such smoke alarms is really minimal in comparison to other landlord costs, the type of alarms needed typically cost between £20 and £50 each and are powered by a 10 year duration battery,  surely it makes sense that landlords deal with this issue without delay, it will not only save them from a possible fine but can save lives.