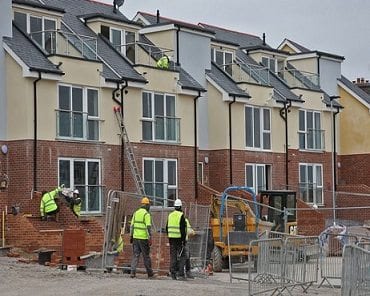 In response to the Department for Communities and Local Government’s announcement, David Orr, chief executive at the National Housing Federation, said: “It is promising that the number of new homes being built is increasing and we need to boost this momentum quickly if we are to meet Government’s bold, long term target of one million new homes by the end of parliament.

“Housing associations built 50,000 homes last year, 40% of all new homes in England and they are working partnership with Government to deliver thousands of new homes the country desperately needs to end the housing crisis.”

On the same day as the housing statistical release, Andy Haldane the Bank of England’s chief economist reportedly told an audience at the Trades Union Congress that Britain needed to build around 200,000 homes a year and its failure to do so was putting upward pressure on prices.
He reportedly said: “There is a chronic and accumulated imbalance between demand and supply, and it is that which is sending skyward – and has sent skyward – house prices,”